Canada: Outlining the risks of public-private-partnerships 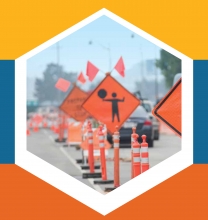 The Canadian union CUPE has launched a new guide for municipalities, outlining the risks of public-private partnerships.

The Canadian Union of Public Employees (CUPE) encourages municipal officials to show caution in considering the use of public-private partnerships to finance public infrastructure projects.

This week CUPE launched a new guide outlining the risks of public-private partnerships (P3s). John Loxley, the guide’s author and economics professor at the University of Manitoba, is clear: “Municipalities need to be wary of P3s. They are not the best option,” he says to the union's website www.cupe.ca.

“Asking the Right Questions: A Guide for Municipalities Considering P3s” raises critical concerns about the protection of public services and provides essential information to assist municipalities in making sound decisions in the best interest of their citizens.

“At CUPE, we are convinced that infrastructure projects implemented under P3s are not advantageous for municipalities or their citizens,” states national CUPE president Paul Moist. “After they read this guide, mayors and city councillors tempted to rush headlong into pro-privatization initiatives will agree with us that P3s do not offer all the benefits touted by promoters of that model.”

“Whether in terms of costs, risk sharing, service quality, infrastructure maintenance, the impact on workers, communities and the local economy, accountability or penalties for breach of contract, the detailed responses in this guide will equip municipalities to review the facts carefully before entering into a P3,” explains Dr. Loxley.

“Due to the major concerns raised about P3s, the safest approach for municipalities is to forego privatization and continue to follow the conventional public sector procurement model – a model that can be reinforced by improving the planning and monitoring capacity of municipalities, strengthening staffing expertise and staffing levels, rather than cutting them back,” Loxley adds.

CUPE is calling for long-term stable federal financing for municipalities to fulfill their growing responsibilities for infrastructure. “Municipalities across Canada are currently facing a total shortfall of $123 billion when it comes to funding municipal infrastructure, and the Conservatives can’t just walk away from this problem,” asserts Moist.