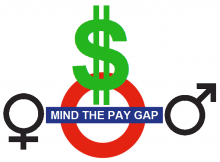 PSI affiliate, the Canadian Union of Public Employees, Canada’s largest union, is calling on Parliament to adopt a federal pay equity law that will close the persistent gap in how women and men are paid for work of equal value.

“The current complaint-driven system is not working. The near endless cycle of litigation is costly, slow and only chips away at gender wage discrimination,’ said Mark Hancock, national president of CUPE. ‘The solution was laid out by the Pay Equity Task Force, step by step, over 12 years ago. It's time to draft proactive pay equity legislation, without further delay.’”

A House of Commons special committee on pay equity, formed by an NDP motion, was tasked with proposing a plan for how the federal government could adopt a proactive pay equity regime.

“Proactive models require employers to examine the way they pay workers, identify any gaps between women and men for work of equal value, and develop plans to remedy pay discrimination. This is why CUPE has long advocated this model,” said Charles Fleury, national secretary-treasurer of CUPE.

After hearing from 50 witnesses over two months, including testimony from CUPE, the committee tabled its report today.

While the report does recommend a proactive model, it doesn’t call for an immediate introduction of legislation and the time frame it sets out to compensate women who have been unfairly paid is far too long.

“The report calls for an 18-month delay in legislation. This and other recommendations could mean a wait of eight years before women would receive the compensation they deserve. This is unacceptable,” says Mark Hancock.  “Once discrimination is identified, employers should be required to address it at once.”

CUPE is echoing the NDP’s demand for the federal government to introduce pay equity legislation by the end of 2016, and for the implementation time lines to be fair and reasonable for workers.

CUPE is also calling for the immediate repeal of the Public Sector Equal Compensation Act brought in by the previous Conservative government in 2009. This legislation limits the rights of women in the federal public service to file pay equity complaints. It should be repealed immediately.