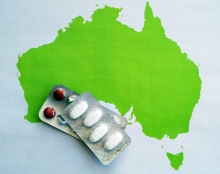 The Australian health care system is often projected as one of the most efficient and effective in the world, with its universal Medicare system. Medicare is a universal insurance scheme that initially allowed free healthcare at point of access, regardless of income; funded through the country’s taxation system.

A recent comparative review by The Common Wealth Fund found that Australia ranked fourth out of eleven wealthy nations. And the regimen of Medicare kept the cost of healthcare for government and citizens comparatively low, over many years. But scratch the surface, and not all is as it seems.

The Common Wealth Fund’s review also ranked Australia ninth out of the eleven when it came to cost related barriers to accessing health care.  An increasing number of co-pays, and higher co-pays is starting to see healthcare affordability slip in Australia.  This is occurring because successive governments have taken a neoliberal view of healthcare provision; one that pushes responsibility (costs) of healthcare onto individuals.  This is in stark contrast to union values of solidarity with which we know we are stronger as a community.

In 2014 a budget proposal was introduced to increase the co-pays for Medicare, a move that many rightly saw as an attempt to undermine the universal healthcare system and a further shift towards privatisation.  The proposal was defeated through repeated and sustained public pressure.

However, a growing trend by State Governments, particularly the New South Wales (NSW) State Government, to privatise the health care system is the latest attack on Australian’s Human Right to Health.

PSI affiliate the NSW Nurses and Midwives’ Association (NSWNMA) is currently fighting the privatisation of six public hospitals amidst a raft of other services
(See http://www.nswnma.asn.au/get-involved/mapping-privatisations-in-nsw/
for a map of privatised healthcare services in NSW).  The privatisation is occurring despite the State being in economic surplus and the Government having sold off its profitable electricity transmission network to “pay for infrastructure”.  The government is handing over five public hospitals to be privately run and a further two are being consolidated into one privately owned and operated hospital.

The NSWNMA says that the community is rightly concerned about the privatisation of their public hospitals.  “The community is beginning to understand that when you privatise you lose control, you lose the ability to hold government accountable” says Judith Kiejda, Assistant General Secretary of the NSWNMA and PSI Asia Pacific Health & Social Services Network Coordinator.

Amongst the union’s concerns is that crucial minimum safe nurse to patient staffing levels will not be protected under a privatised system.  In 2010, the union ran a strong campaign that mobilised members, secured public support and lobbied politicians, culminating in a nurses’ strike and bed closures around the state.  This action won minimum safe nursing and midwifery staffing levels for most public hospitals, forcing the government to recruit to an additional 1,400+ full time positions.

“This is now under threat with the private providers only having to maintain these minimum safe staffing provisions for two years,” says Judith, explaining that the provision only exists in one private hospital at this stage.  “So along with a loss of job security, lower wages and conditions for public sector nurses, the community will lose evidenced-based care standards through a gradual reduction in staffing.”

But the union is campaigning strongly to prevent the privatisation going ahead.  Nurses and midwives are going out into their communities, raising awareness and building support.  They have been doing this via public forums, attending local markets and fetes and holding community rallies.  Union members are also lobbying their local politicians, putting pressure on them to get the decision reversed.

In fact, there is growing anger against privatisation in Australia.  A recent editorial in the Australian edition of the Guardian reported on a joint PSI initiative: The People’s Inquiry into Privatisation.  The report from the inquiry is due in April/May this year but it is already clear that the Inquiry’s independent panel uncovered deeply worrisome consequences of privatisation. For example, evidence provided to the Inquiry reveals that, to date, the privatisation of seven public hospitals has failed, requiring them to be returned to being state run.

It will be up to the unions and our civil society partners to harness the community’s anger about privatisation, and our common hopes for a better world, if the trend of the privatisation of healthcare in Australia is to be reversed.  There is every indication that working-class people are up to the fight.