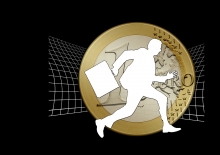 The curtain has been pulled back. The Panama Papers have exposed the inner workings of a broken tax system for all the world to see. It is no longer possible for our governments to justify austerity when they let the richest avoid paying their fair share of tax.Now the public will be letting governments know that this is just the first step on the road to a more transparent and fairer global tax system.

The Panama Papers give a glimpse into a shadowy world of personal and corporate tax avoidance through offshore tax havens. In a time of austerity and sharp spending cuts these practices amount to an obscene redistribution of wealth from the world's poorest to the mega rich.  This revenue is needed more than ever to fund the vital public services for those most in need across the world.

While the OECD has finally recognized the importance of global tax evasion, through their recent Base Erosion Profit Shifting Initiative, these leaks show that a lot more will need to be done both by governments and at the international level to address the sheer scale of the problem.

A fair global tax system would see the estimated $30 trillion currently held in offshore accounts used to contribute to funding public services. This would provide a clear alternative to the current narrative of privatization and austerity.

“What the Panama Papers show is that the money to support our schools, our hospitals, our public services is out there but it has been swindled away from the people and into tax havens for corporations and the 1%”, said PSI General Secretary Rosa Pavanelli .

“The victims of tax-evasion have a human face: they are the children who attend deteriorating schools, the elderly who see their health costs rise,” Pavanelli said.

UK Labour Leader Jeremy Corbyn highlighted this issue, explaining how offshore havens are “sucking tax revenues out of our own country and many others fuelling inequality and short-changing our public services and our people.”

PSI along with a coalition partners have been pushing for the establishment of an international tax body as well as public country-by-country reporting of corporate tax activity.

“It is ludicrous that the only way the public can learn how they are being swindled by tax-dodgers is through leaks such as these”, said Ms Pavanelli. “This is an issue the public feels very strongly about and we need to see governments taking real steps towards transparency.”

President of France, François Hollande, highlighted how “these revelations show that it is possible to fight against tax evasion…….these whistleblowers are doing an important job for the international community.”

With the Panama Papers shining a bright light on the shady world of global tax havens, the public across the world will expect their governments to ensure information on illicit and immoral tax activities is made public and scrutinized and that active measures are taken to ensure the wealthy pay their fair share.

Watch our video outline of the Panama Papers. (also available in Spanish)

PSI and its partners have been exposing how corporations and the 1% avoid paying their fair share.