Rosa Pavanelli, General Secretary of Public Services International met with Dr Tedros Adhanom Ghebreyesus, Director-General of the World Health Organization at the WHO headquarters on 8 February. She expressed PSI’s appreciation of the WHO Executive Board’s admittance of the global trade union federation into Official Relations. 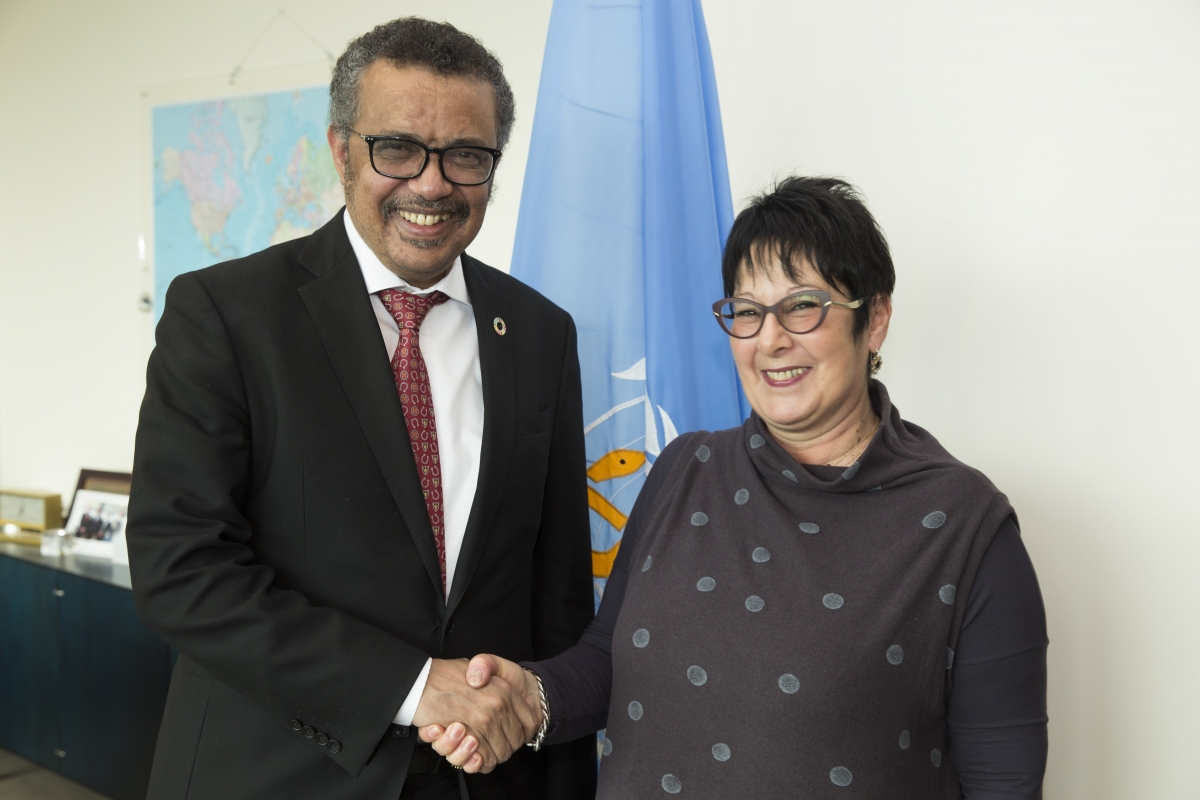 Dr. Ghebreyesus welcomed Ms Pavanelli, assuring her that WHO’s role in directing and coordinating international health will be enriched that its relationship with PSI has been formalized.

The PSI General Secretary used the opportunity of the meeting to once again stress the need for increased public funding of health. Without discountenancing the presence of private sector players in health, member states of WHO have to be resolute in upholding the centrality of public health systems, which alone can guarantee universal health care, since private providers are guided by for-profit motives.

She also noted that a vibrant atmosphere of social dialogue is necessary for harmonious labour relations. When unions´ right to organize and collective bargaining is not respected, she pointed out, conflicts which could hinder the delivery of health services are likely to arise. This becomes particularly calamitous during health emergencies as evidenced by developments in Liberia during the Ebola outbreak, as a result of the government’s violation of health workers´ trade and labour rights.

Dr Ghebreyesus agreed with PSI General Secretary that emphasis must be placed on ensuring the safety and security of health workers, as the world needs them to be living heroes, saving lives and making the world better. He also stressed the importance of addressing health worker migration in a mutually beneficial way for all countries.

The Director-General then assured Rosa Pavanelli of WHO’s commitment to working closely with PSI at the International and Regional levels of its work. He then thanked her and her team which included Baba Aye, the Health and Social Services Sector Officer and Daniel Bertossa, Director of Policy and Governance, for the visit. 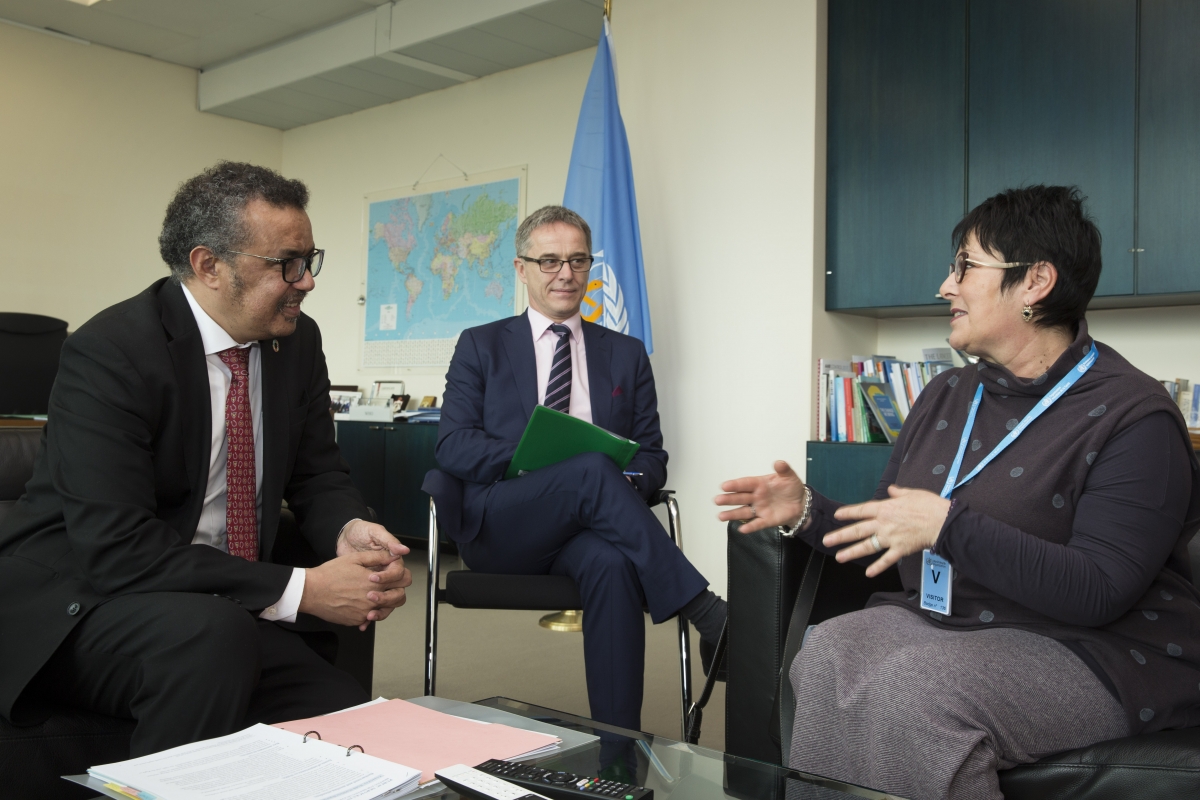