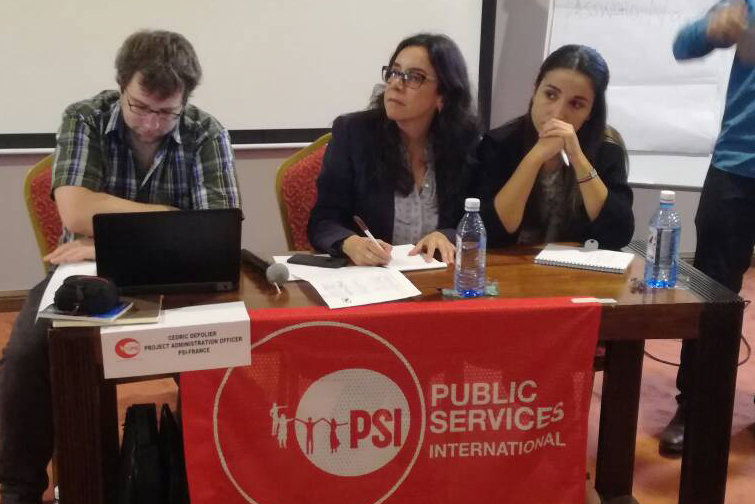 Drawn from the various sectors of PSI's work: education, energy, water, health, and local governance, the participants engaged in mainly group discussions to enable them to share their experiences especially with their colleagues from Sweden on the various thematic areas.

The PSI Pilot Trade Union School, organized by the PSI Young Workers and Projects Facilitator, Cedric Depollier, and the Sub-Regional Secretary for English-Speaking Africa, Everline Aketch, was aimed at setting the work method for future schools that will be held in six other regions in the future. 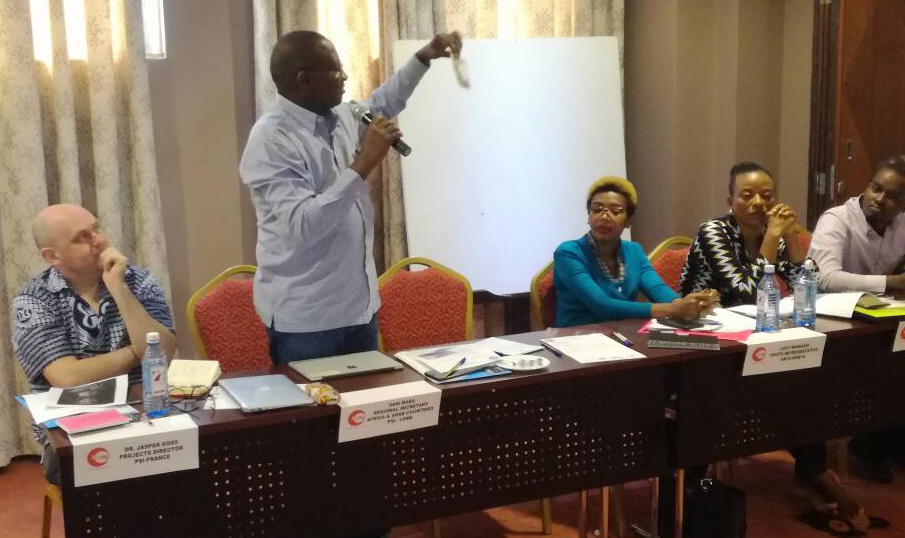 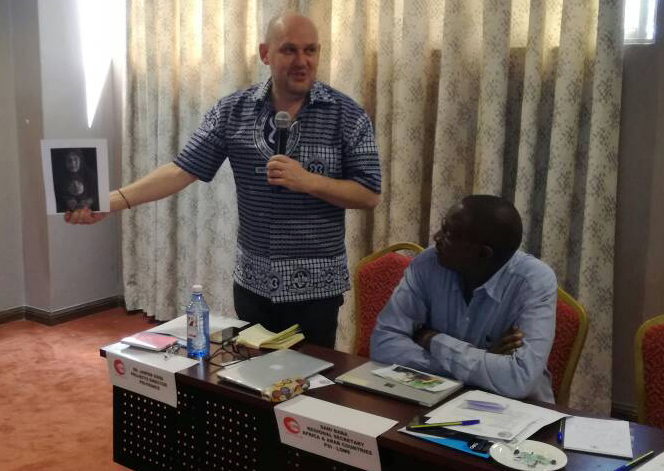 The agenda for the meetings included:

Generally, the three-day event discussed the challenges that face trade unions and what unions can do to consolidate the positive attributes of trade unions while negating the negatives; solidarity, recruitment, inclusiveness of both young workers and women in leadership positions, education and capacity building for members on various issues including the ILO Conventions. 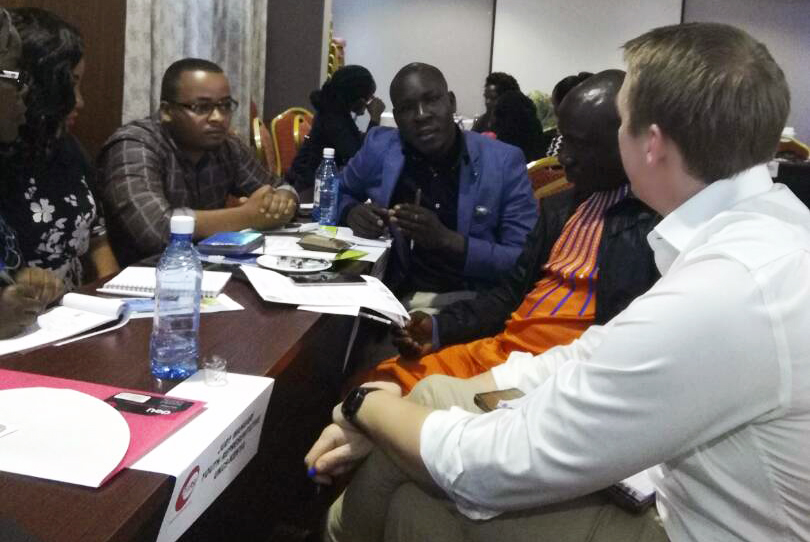 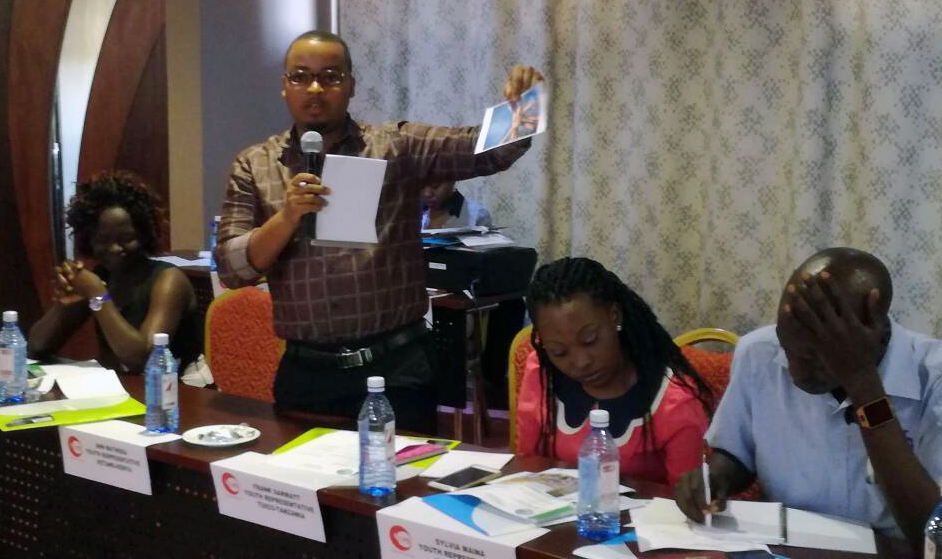 In terms of tax justice, it was clear that as youths it was important that they join the campaign since provision of domestic revenue was not only critical in provision of quality public services but also job creation by the government. Issues of current tax justice debates including illicit financial flows were discussed.

Tax levied was found to be not progressive and a majority of low incomes earners were paying more compared to the high earning corporations. They also noted that the high taxes discourage young workers from entering the production sector and working hard. 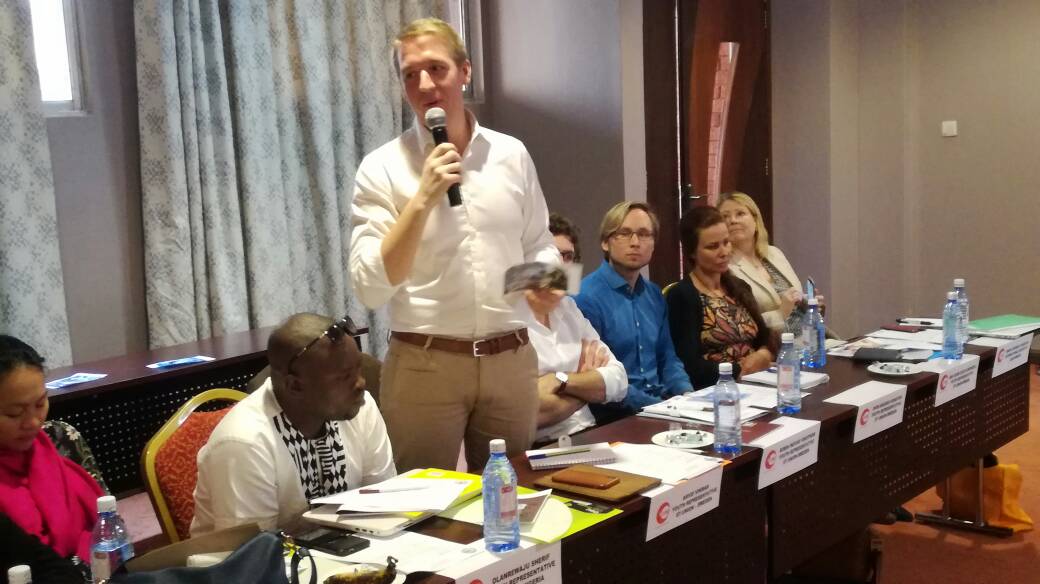 General analysis of gender equality as reflected by various top union leadership positions was made and it was found that a majority of the trade unions were still lagging behind in terms of ensuring equitable representation of women and youths at top decision-making organs.

The youth academy was completed by a Parliamentary tour where the Young workers were given the opportunity to learn about the history and working method of parliament. They later attended the proceedings of the parliament. In addition, a visit was made to the Immigration office. Young workers were taken through the functions of the different departments and also the process of citizenship and the laws that govern us.