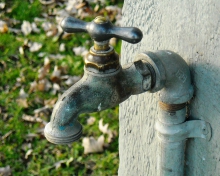 On 22 March 2015, World Water Day, PSI calls on water justice activists around the world to continue fighting for public and community control of water and sanitation services, to battle the contamination of watersheds, resist water grabs and demand water justice for all.

We commemorate World Water Day 2015 by celebrating the struggles and victories of the global water justice movements. These achievements are a testament to the strength of our ties of solidarity and the resolve of communities to protect watersheds and maintain control over water services.

In Lagos, trade unions, environmental and social movements helped block the World Bank’s attempts to privatize the public water utility serving more than 20 million people.  Their challenge is to create the conditions for an effective public utility, free from corruption.

In Greece, after a Supreme Court decision to stop the privatization of Athens water, water justice activists celebrate the election of a government committed to resist the IMF and European Union’s harsh austerity measures that put public services for sale and allow mining companies to circumvent environmental assessments by fast-tracking permits.

We hold these and other victories as signals to our fellow water justice activists around the world to continue to fight for public and community control of water and sanitation services, to battle the contamination of watersheds, resist water grabs and demand water justice for all.

We see new attempts at privatization, which will try to financialize the sector and bundle assets to financial actors such as insurance companies, hedge funds, pension funds, etc.  We will challenge this head on.  Not only because of the necessity to provide water to the poor and waterless but also of our collective aspiration to change the dominant corporate water discourse and the ‘flow’ of governance.

We call on the member states of the United Nations to deliver the Human Right to Water and Sanitation as it negotiates a 15-year plan for Sustainable Development Goals.  Member states must not fall for the false promises of private sector investment for infrastructure, as pushed by the G-20 and the OECD.  The Financing for Development Summit in Addis Ababa in July 2015 will need to send a strong signal.

We join the fight in El Salvador for the constitutional recognition of the Human Right to Water and Sanitation, and against Oceana Gold’s attempt to use the World Bank’s International Centre for the Settlement of Disputes to impose a mine, which will pollute the Lempa river watershed, the country’s main source of potable water.

We stand with residents of Detroit where water cut-offs are part of the city's bid to privatize the utility.

We support the struggles against privatization in Nagpur, Manila, Sao Paulo, Nairobi, Osaka and Daegu.

Without clean, safe, publicly controlled and collectively managed water and sanitation for all, there can be neither justice, nor sustainability.