WHO holds 140th Executive Board meeting in Geneva 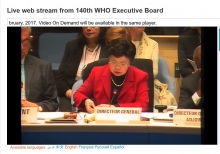 From today (23) until February 1, member states will be deliberating on a wide range of issues. PSI will be active at the Global Health Watch monitoring the public sessions and intervening on technical issues. The Global Health Watch is a forum for global civil society to question and challenge the influence of neoliberalism on health and global health policy. 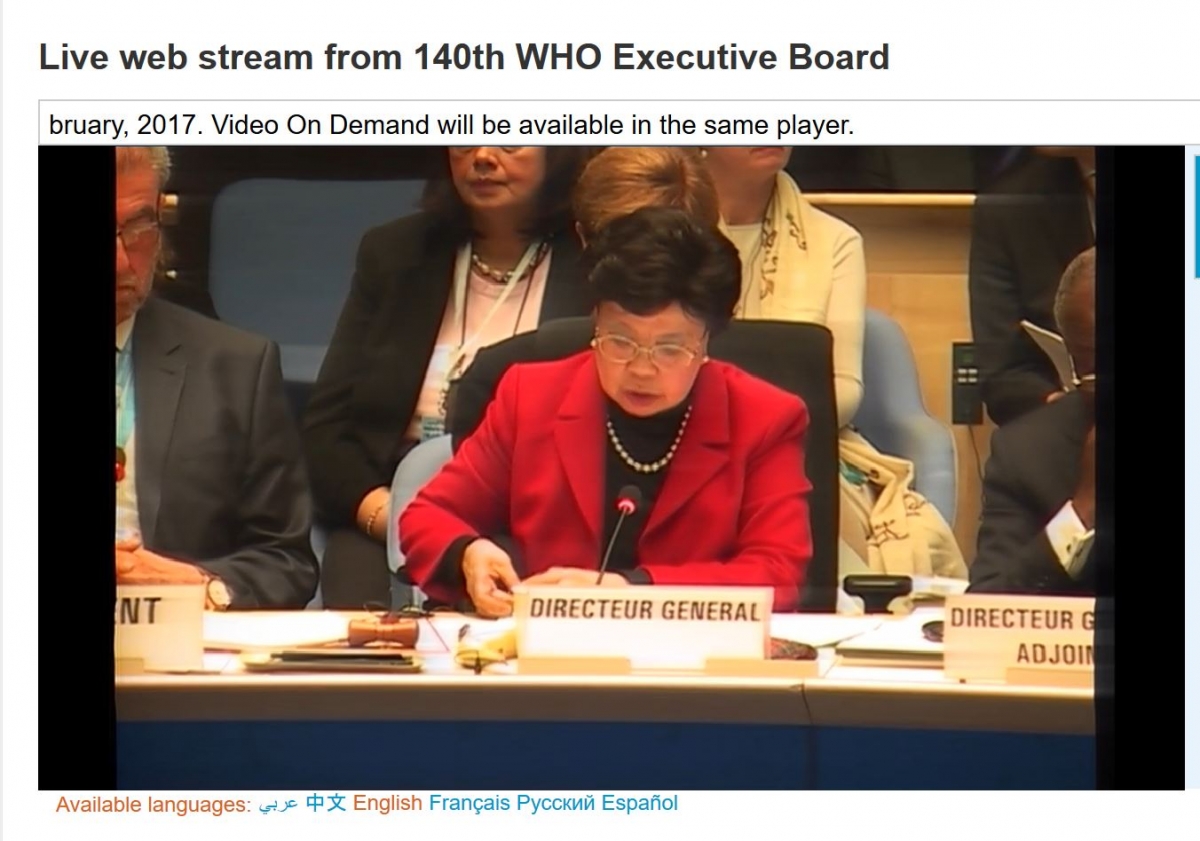 During the following days, member states will be deliberating on a wide range of issues including: programme and priority-setting; governance, and; management reforms. The Executive Board will also nominate candidates for the post of Director General. Preparedness, surveillance and response; health systems; communicable diseases; non-communicable diseases, and; promoting health through the life course, are also the key issues that will be coming up for consideration. And the Executive Board will receive a report from its Programme, Budget and Administration Committee (PBAC).

Civil society groups, including the Public Services International as a global trade union federation will be active as the Global Health Watch, monitoring the public sessions of the meeting and intervening on technical issues of concern. The Global Health Watch, an initiative of the People’s Health Movement is a forum for global civil society to question and challenge the influence of neoliberalism on health and global health policy.

Over the past ten years of global economic crisis, WHO has been confronted with severe under-funding. A handful of powerful, rich member states have not lived up to their funding responsibilities, limiting the voluntary core account (un-earmarked) for WHO operational expenditure. But they have been quick in pointing out real and perceived gaps in the organisation’s work. As Rosa Pavanelli, PSI General Secretary, notes:

"What we have seen is largely a case of giving a dog a bad name, to hang it. Powerful countries who have held back in paying monies they should to sustain the WHO are keen to prescribe solutions which promote the incursion of the private sector and its for-profit motive in the international health system. A closer look home also shows that they are equally perpetuating austerity measures, whereby they cut down public funding of health or they have institutionalised private sector-driven health services delivery, with all its added costs and gross inefficiencies.

PSI stands firmly against these tendencies at national and international levels. We call for putting people over profit. Reforming the WHO must include increased public funding, from member states."

Framework for Engagement with Non-State Actors

This challenge of funding is one that might serve as a point of entry for increased influence of private interests in the coordination and direction of global health. The 69th World Health Assembly last May adopted the WHO Framework for Engagement with Non-State Actors (FENSA). On the face of it, FENSA could help streamline WHO’s engagement with the complex array of non-state actors which it partners with in delivering better health outcomes within and across countries.

FENSA replaces both the Principles governing relations between the WHO and non-governmental organisations and Guidelines on interaction with commercial enterprises. It is essential that the WHO remains a space hinged on public health care delivery. Bringing the private sector, including philanthropies, into the governing mechanisms of the WHO is antithetical to the founding basis of the Organisation, which is the aim of “the highest attainable standard of health” for everybody.

While foundations, such as the Bill and Melinda Gates Foundation for example, might be legally separate from the commercial enterprises of their promoters, it would be wishful thinking to believe that lines separating business and philanthropy are impermeable.

This strategic foothold for private interests is only one of the important contradictions which the WHO has to address. The bulk of decisions reached by its governing bodies are basically voluntary recommendations and not binding instruments. This undermines the WHO’s efficacy.

The growing operational roles of the WHO in humanitarian and emergency situations could also be a double-edged sword. While this has contributed positively to curtailing health emergencies in some cases, such as the Ebola response, it could be at a cost to the organisation’s critical role as the global normative and rules-setting health agency.

These are important issues for the candidates for the post of Director General of the WHO to speak to, in formulating their agenda. PSI will collaborate with other civil society organisations in pushing forward the cause of a World Health Organisation which helps to strengthen public health across the world, during the Executive Board meeting, and in its aftermath.

We shall continue to fight for universal public health care. And we will engage with the candidates nominated at the Executive Board on this basis.