Water remunicipalisation as a global trend 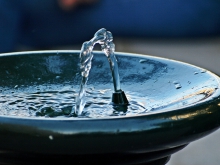 Over the last 15 years, more than 180 cities and communities in 35 countries have taken back control of their water services, new study reveals.

A new report called “Here to stay: Water remunicipalisation as a global trend” was released on 13 November 2014 by the Transnational Institute (TNI), Public Services International Research Unit (PSIRU) and the Multinational Observatory.

The report documents how despite more than three decades of relentless promotion of privatisation and public-private partnerships (PPPs) by international financial institutions and some national governments, the negative experience of water privatisation is leading many policy makers to decide that the public sector is better placed to provide quality services to citizens and to promote the human right to water.

"This new research demonstrates what we have known for years : PPPs don’t work well for communities, for workers, for the environment.  It also shows that local governments are vibrant, courageous and open to innovation. Along with the remunicipalisation process, the proposal of public-public partnerships is essential, whereby public utilities can help each other without seeking profits," says David Boys, PSI Deputy General Secretary.

This process of reverting to public control of services, known as remunicipalisation, is taking place in both the North and South, including in prominent cities such as Buenos Aires, Johnannesburg, Paris, Accra, Berlin, Atlanta and Kuala Lumpur.  Remunicipalisation is also accelerating: 81 remunicipalisations took place in high-income countries between 2010-2014, double the number of the five previous years. Over the same period, there have been very few new cases of water privatisation in large cities.

Most noticeably remunicipalisation is surging in France, the country with the longest history of water privatisation and home to the leading water multinationals. French local authorities and citizens have experienced first-hand the "private management model" that global water companies Veolia and Suez have sought to export to other countries.

The reasons local policy-makers are  putting water back under public control are similar across the world. They include poor performance, under-investment, soaring water bills, lack of transparency and poor service quality.

Remunicipalisation, moreover, tends to lead to enhanced access and quality of service, as resources previously diverted to profits and shareholders have been reinvested in the service itself. Equal or greater efficiency of public water services and lower prices can be observed in cities as different as Paris (France) and Almaty (Kazakhstan). In some cases, such as Grenoble (France) and Buenos Aires (Argentina), the new public operators have dramatically increased investments in the water systems. Other municipalities have also taken advantage of  remunicipalisation to strengthen accountability and public participation.

This does not mean remunicipalisation does not carry risks, particularly because of the pressure of international donors and unfavourable  investor protection mechanisms: some cities have had to pay compensation to to private operators for their foregone profits (Indianapolis); others have been sued for breaching contracts (Buenos Aires) and others have had to accept very high costs to buy back two private operators (Berlin).

Satoko Kishimoto, a co-author of the report said: “For mayors and local authorities who are considering reversing privatised contracts, this report shows that it can be done to the great benefit of their local community. A growing number of water utilities that have gone through a remunicipalisation process are increasingly ready, along with other institutions to share experiences and provide practical support. Cooperation between public services is the most efficient way to improve water services and promote the human right to water’