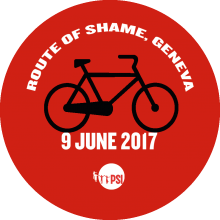 Join PSI and global trade union leaders on 9 June for the “Route of Shame” bicycle ride, calling for social justice at target embassies and missions in Geneva.

The Route of Shame takes place during the 106th International Labour Conference (ILC) in Geneva. A major focus of the annual ILC is to determine whether countries are upholding their obligations to respect the rights of workers and their trade unions under International Labour conventions. Countries of specific concern for PSI include Algeria, Argentina, Botswana, Brazil, Colombia, Ecuador, Guatemala, and Turkey.

In these and many other countries, violations take place that range from refusing registration to trade unions, discrimination of trade union members, political repression, impunity of violent attacks and murders of activists, and deadly working conditions.  Precarious jobs in the public sector and austerity measures continue to undermine human and trade union rights around the world.

The #RouteofShame will pass by the missions of Colombia, Turkey, Ecuador, Guatemala, Botswana and others. 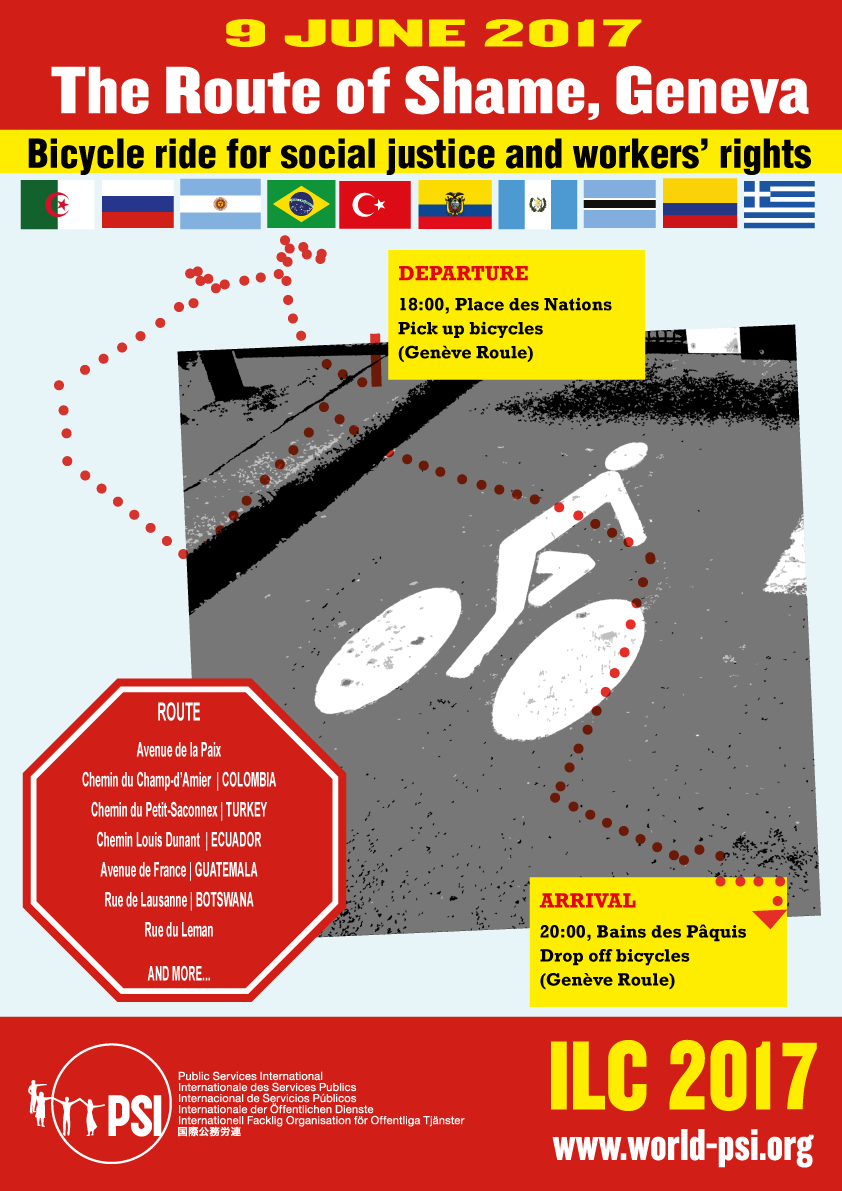