The right to strike in the public sector in Brazil 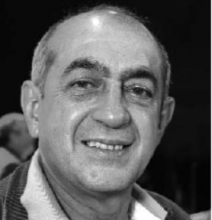 This is an extract from the ICTUR magazine International Trade Union Rights (Issue 4, 2014) – Focus on the right to strike. This article is written by PEDRO ARMENGOL, Deputy Secretary of Labour Relations with the CUT in Sao Paulo, Brazil.

Workers in the public service in Brazil were not entitled to a collective working relationship with the public administration until the promulgation of the 1988 Constitution. Nor could they: without the right to organise and no right to strike, they could not join trade unions, and thus act jointly or articulate as social partners. They were denied any form of expression of their common interests and desires, as well as the practical means to struggle for them.

The 1988 Constitution no longer regards public sector workers as mere subjects, but as collective actors, able to relate effectively with each other and with third parties, notably with the public administration. However, after the recognition of the trade union rights of public servants, the lack of regulation of the right to collective bargaining and the exercise of the right to strike became apparent, even though it is recognised as a collateral instrument and legitimate tool to regulate working conditions.

At the same time, the right to collective bargaining is addressed in Convention 151 and Recommendation 159 of the International Labour Organisation (‘ILO’), which have already been ratified and approved by the Brazilian National Congress. Convention 151 and Recommendation 159 of the ILO were approved (with reservations) by the Federal Senate of Brazil, and Legislative Decree 206 of 08 April 2010 guarantees the right to strike to civil servants in item VII Article 37 of the Federal Constitution of 1988, but no specific regulation has been adopted, despite the extension of trade union rights and guarantees that earlier were applicable only to the private sector. As a result, public sector workers continue to be denied their full rights.

Two observations should be made in relation to the text of ILO Convention 151. In the first place, the rights laid down in favour of public servants in Brazil have been recognised constitutionally. The second is that the Constitution, which deals with fundamental rights of the individual, has predominance over the legal system, and defines the Supreme Court of Brazil. This should also have an impact on the interpretation of national legislation on the subject, including the application of Law 7,783 / 89 in 2007, which regulates the right to strike in the private sector in Brazil.

In turn, the lack of regulation on the right to strike for public servants also has a severe impact on public service users (citizens who are faced by long strikes). Civil servants are often compelled to return to work on the basis of legal judgments that point to the illegality of the strike, because of the lack of appropriate legal rules. The result is cyclic strike action.

Currently, even with the incorporation into national law of the principles of ILO Convention 151 in Brazilian jurisprudence we can note an excessive restriction of the right to strike of public servants, with judgements that not only expand the list of essential services, but also raise the minimum percentage of service maintenance. This makes it practically impossible for them to exercise the right to strike.

Despite the institutional recognition of the right to strike, workers increasingly organise protests in the form of work stoppages whereas public administrations refuse to negotiate.

On 11 November 2014, the Conservative party of the Brazilian parliament, without any prior dialogue or negotiation with public employees’ organisations, adopted a draft bill that deals with the ‘regulation of the right to strike of public servants’ in the Joint Committee for Federal Law Consolidation and

Regulation of the Constitution. We would like to highlight the following aspects on the aforementioned draft bill:

Historical background of the right to strike in Brazil