On 19 June, national trade union federations representing a majority of EDF Group workers affiliated to PSI and IndustriAll completed the signature of the renewed Global Framework Agreement on Corporate Social Responsibility with EDF Group, which entered in full force as of 21 June for a 4-year term. 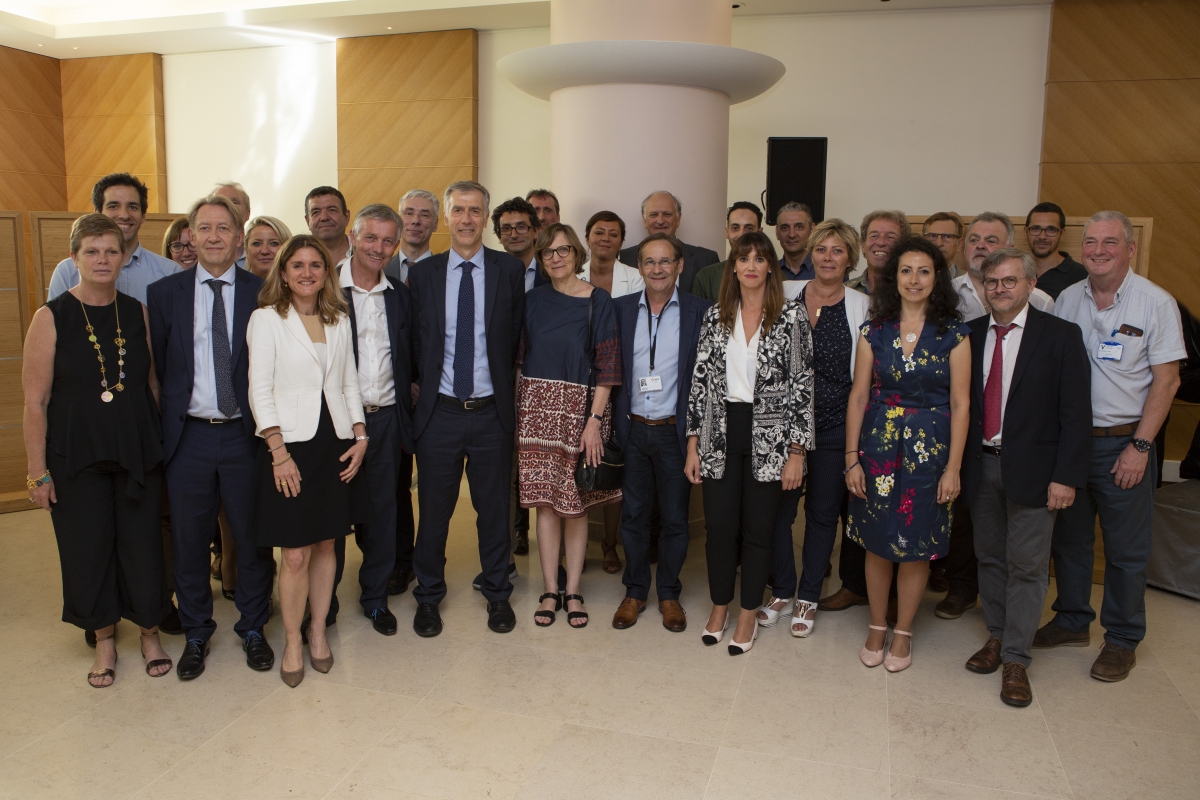 Christophe Carval, EDF Group HR Executive Director said “We have chosen to build this Agreement together with global union federations as well as with 11 national union federations to reflect the geographical and professional diversity within EDF Group”. This "is an ambitious Agreement, aiming at securing a social common denominator to all 160,000 EDF Group employees worldwide and to consolidate social dialogue. Its implementation and follow up imply a shared governance bodies and mechanisms” he added.

Dominique Bousquenaud, CFDT-FCE said “This agreement makes us stronger. Among the commitments it contains are the development and implementation of a vigilance plan in the company’s subsidiaries and a pledge to social dialogue and consultation, which is a prerequisite for us. We now bear a collective responsibility to bring it to life”.

Laurence Hoeffling, CGT-FNME said “We may have differences of opinion, however, when it is about the workers’ and peoples’ interests, we know how to work together. This is what we have done to build this new agreement. It's the beginning of a new chapter: we are yet to be worthy of it”.

Alain André, FO-FNME said "The previous Agreement had already made it possible to achieve some joint social progress, but with this new agreement we want to go further with concrete and targeted actions and we plan to actively contribute, including through our participation in the steering committee".

Mauro Rebughini, FILCTEM-CGIL at EDF’s Italian subsidiary EDISON said “This agreement is very important for the key principles and commitments it contains. As an EDISON worker I am even more pleased we are now covered by this group agreement as it integrates us even more into the EDF Group, as we used to have a separate CSR agreement. We will now have to work collectively to bring it to life at the workplace”.

Daria Cibrario, PSI said “This renewed agreement contains innovative, progressive provisions that place it at the forefront of the new generation of GFAs. As a company providing a vital public service, EDF Group’s social partners have an opportunity to work together to fulfil its commitments setting the bar and leading the way”.

The signature preceded a plenary session of the CSR Committee in charge of the implementation, review and monitoring of the commitments contained in the Agreement.