Reality of Right to Health in Niger - Political commitment needed 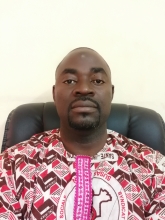 Guaranteeing the health of the Nigerien population is a constitutional obligation which is supposed to be binding on the government. The right to health is a fundamental human right enshrined in the constitution. But as Nouhou Mamadou Badje from the union SUSAS in Niger, reports, the reality thus far is quite different from the provision of the law.

Poor resources and inadequate priority for health by government, even with the resources available, has made life ever more difficult for 20 million people that live in our landlocked country in the West African sub-region. The share of the health sector in the annual budget has never been up to 10%. The result of this is that we have a very fragile public health system

Recently, the Nigerian state adopted a five-year Health Development Policy (PNS). This encompasses several programs, plans and projects which appear meant to improve the health status of the populations.

The state and health authorities have recorded some achievements in the provision of health infrastructure. But these are grossly inadequate. And working conditions in the health sector remain terrible despite the much-vaunted achievements.

While a few new health centres have been built, they are crucially lacking in qualified personnel. 90% of health and social workers are contract staff or volunteers. Patients are crammed into treatment rooms and ambulatory services are almost non-existent. All these have resulted in loss of confidence of the populations in the health centres

To make matters worse, the state is disengaging more and more from the provision of health services. Private sector provision of health care is fast increasing. But it is impossible for most of the population, who are poor, to pay their charges. A lot of people thus have no option but self-medication or to turn to traditional healers with all the attendant dangers that go with these approaches.

The situation is notably worse in the rural areas. And these are the places where most Nigeriens live. Many women bleed to death during or after giving birth in these areas because they cannot reach the health services

There are a few medical procedures that are supposed to be free, particularly for women and child care. But this makes no meaning in the absence of basic medical equipment and medicines. As a result, some of the gains in health outcomes that were made earlier in the decade such as reduction of child mortality are being reversed.

The trade unions, with PSI affiliates at the fore, and civil society organisations continue to call on the government of Niger to be more concerned about revamping the health sector in reality more than in rhetoric. But this has been to no avail.

Several international organisations and partners including the World Health Organization have also given the government advice such as pointing out the importance of committing not less than 15% of the national and 8% of local authorities’ budgets to health. Government has failed to respond positively to these suggestions. The public health system thus continues to sink into the abyss because of insufficiency of material, human and financial resources.

Beyond empty proclamations of progress being made, the Nigerien authorities must accord the health sector the paramount priority it deserves, to ensure citizens actually enjoy their legitimate right to health.

Health is priceless but has a cost!