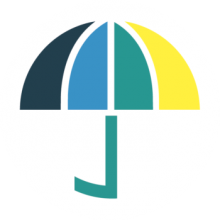 Last year the UN General Assembly officially established 12 December as an international day, making 12 December 2018 the first International Universal Health Coverage Day. For PSI, it provides an opportunity to reflect on the unacceptable health inequities between and within countries across the world. Considering the abundant wealth available to humankind and major advances made in healthcare delivery, this situation is indefensible.

12 December was first marked as Universal Health Coverage day several years ago by UHC 2030, a multi-stakeholder partnership. This was subsequent to the United Nations General Assembly’s adoption of the resolution on global health and foreign policy (A/RES/67/81) which recommended the inclusion of universal health coverage in the discussions on the post-2015 development agenda. Attaining universal health coverage by 2030 was subsequently included as Target 3.8 of the Sustainable Development Goals, in 2015.

"The enjoyment of the highest attainable standard of health" is a fundamental human right. But half of the world’s people have no access to basic health services and about 100 million people globally are pushed below the poverty line as a result of healthcare expenditure every year.

The immense majority of these are in low- and middle-income countries, with women and children bearing the brunt of poor access to health. Over the last decade of global economic crisis, millions of poor people in high-income countries have also not been able to enjoy quality health services as a result of austerity measures, liberalisation of health services and commodification of health.

Health for all is not only desirable, it is possible. But this requires categorical political decisions by governments which challenge the dominant neoliberal model of development. The responsibility for accelerating humankind’s “transition towards universal access to affordable and quality healthcare services” rests squarely on governments as recognised in the United Nations General Assembly resolution A/RES/67/81.

In the third quarter of the twentieth century, major advances were made towards the attainment of health for all. This informed the Alma-Ata Conference’s vision of “Health for All by the year 2000”, forty years ago. At the heart of this tendency towards achieving universal health care was the generalisation of a strong, well-funded and people-centred public health system. It was cut short with the turn towards neoliberal globalisation, accompanied by funding of health and social services, privatisation and marketization.

Over the last four decades, private for-profit interests have expanded in healthcare delivery. They include multinational corporations and national conglomerates in the pharmaceutical industry, health insurance, hospital services and social care. For them, health and social care is nothing but another economic sector; and a growing, lucrative one at that, estimated at US$5.8 trillion per year.

To set and maintain the normative context which protects business interests, multi-stakeholder partnerships are promoted, often by foundations. Whilst these foundations might not have direct ties with for-profit entities and thus could formally be said to have no conflict of interest in pushing for public-private partnerships in healthcare delivery and the international health policy process, they are essentially philanthro-capitalist mechanisms that undermine the capacity and vision needed for states’ commitment to universal public health care.

There is no doubt that all hands have to be on deck to ensure health for all becomes a reality. But, the primacy of public healthcare delivery as the bedrock of universal healthcare cannot overemphasized. This is often missing or at best accorded passing attention in the universal health coverage discourse. Whilst it is argued by proponents of universal health coverage as a multi-stakeholders project that the role of the private sector in moving towards a government-led UHC is unclear, what is clear is that businesses stand for profit maximization.

In line with the human rights-based approach to health, the mobilisation of communities and civil society to hold governments to account for realisation of the right to health is sacrosanct. Ensuring that multinational corporations pay their fair share of tax to ensure adequate domestic resource mobilisation for the provision of quality health for all is essential. Development cooperation must contribute significantly to enabling poorly-resourced countries fund public health. Health employment and decent work in the sector must also be promoted to ensure quality care delivery.

A better future with health for all underlines the SDG Target 3.8. Two years ago, PSI kicked-off its global campaign for the Right to Health, convinced that this will be achieved as universal public healthcare. PSI, its affiliates and allies will continue to campaign for universal health care, built on strong public health systems that unambiguously put people over profit, and thus actually ensure that no one is left behind.