Putting water back into public hands 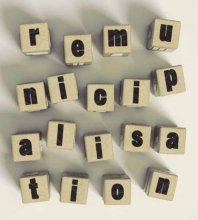 The Water Remunicipalisation Tracker website, created by the Corporate Europe Observatory and Transnational Institute, has compiled examples of how communities in different parts of the world are moving from failed privatised water management to successful publicly managed water and wastewater services.

Some recent additions to the site are remunicipalisation cases in:

The water and electricity services of major Moroccan cities were sold to French multinationals Veolia and Suez in the 1990s and early 2000s. A few years ago, Veolia announced its intention to sell its contracts in Tangier -Tétouan and Rabat-Salé to a British investment fund, Actis. But local authorities recently voted against the deal and decided to take over the services under a form still to be decided. Read more here.

The water and electricity services of major Moroccan cities were sold to French multinationals Veolia and Suez in the 1990s and early 2000s. A few years ago, Veolia announced its intention to sell its contracts in Tangier -Tétouan and Rabat-Salé to a British investment fund, Actis. But local authorities recently voted against the deal and decided to take over the services under a form still to be decided. Read more here.

In 2013, Rennes was one of many French cities that decided to remunicipalise its water service. In Rennes, the service had been managed by Veolia for more than 120 years and this decision was the result of a long battle by the local civil society, which had to overcome the strong political relationship between the private operator and local officials that had existed in spite of Veolia’s appalling record. Water remunicipalisation in Rennes was also marred by controversy over the legal form chosen for the new public water system. Many people see the current system as evidence of an insincere and incomplete de-privatisation. Read more here.

In the late 1980s and throughout the 1990s, Mozambique privatized state-owned utilities and water management. In 1999, after competitive bidding, the government entered into a public-private partnership (PPP).  It signed a hybrid lease/ management contract with Aguas de Mozambique (AdeM) for the water utilities of the capital, Maputo, and the four major provincial cities of Beira, Nampula, Quelimane and Pemba, which are spread throughout the country. This partnership was not a success.

The four cities had a five-year management contract, which, after a four-year extension, expired in 2008. From then on, only Maputo was under private management. Yet Maputo’s 15-year contract came to an early end in 2010 when the government, through the asset holding company Fundo de investimento e Património do Abastecimento de Água (FIPAG), bought 73 per cent of AdeM shares, which, until then, had been owned by Aguas de Portugal (AdP). Because private investments in the everyone can contributewater sector were problematic, Mozambique centralized the water management through FIPAG, thereby effectively ending the decade long PPP. Read more here.

Also a profile on an on-going campaign for remunicipalisation has been added:

The municipality of White Rock has expressed interest in buying the water utility, which is owned by the Edmonton based corporation Epcor. The city council voted anonymously in favour of municipalisation, however a referendum will not be held before the end of 2014. If the referendum shows that citizens are in favour, the mayor has said the municipality will buy the water utility at the beginning of 2015. Read more here.

The tracker website is intended as a work-in-progress collective resource and everyone can contribute! Your information on new cases, as well as suggestions/feedback on the functioning of the tracker are very helpful and much appreciated.

Thanks for following and re-tweeting #water #privatisation #remunicipalisation.