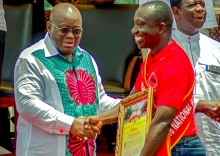 On May Day, Comrade Donald Gyimah, a member of PSI’s affiliated union the Health Services Workers’ Union (HSWU) in Ghana, was announced as the 2018 National Best Worker.

The announcement was made during this year’s global celebration of International Workers’ Day in Ghana. The day is set aside to acknowledge the role of workers across the world in the development of nations as well as to honour the efforts of those who have excelled in their various workplaces.

The theme for the Ghana celebrations was “Sustainable Development Goals and Decent Work: The Role of Social Partners”. The President of the Republic of Ghana, Nana Akufo-Addo, was the special guest of honour. 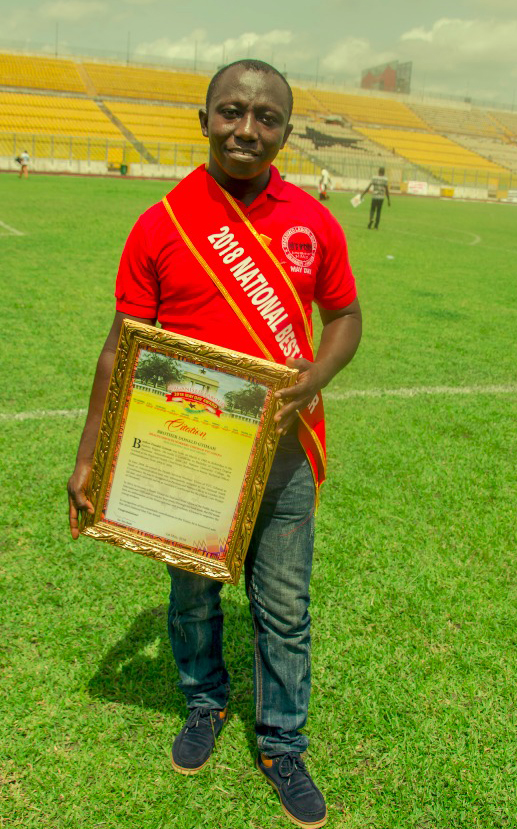 Comrade Gyimah joined the HSWU in June 2008 as Head of Administration and was subsequently assigned the role of Youth Coordinator. In October 2016, he was re-assigned to the position of Pension and Welfare Officer to handle the members’ issues on pensions and work on their welfare packages when they leave the Union.

Due to his commitment and hard work, as well as lobbying towards Union work, Public Services International (PSI) organized a workshop for the young workers in Ghana in 2009 where the Union took the opportunity to nominate some executives for various roles. Donald was assigned as the National Youth Coordinator.

Comrade Donald has organized two successful conferences and has had the youth structure constituted into the Union’s Constitution and Internal Regulations with budget allocation for the young workers of the Union.

Realizing his potential at its Congress in Durban, South Africa, PSI elected him as the youth titular for the East and West Africa sub-region, serving the period from 2014 to 2017. He was also assigned by PSI as an ambassador to share his experience in youth empowerment during a workshop for the francophone affiliates in Mali.

His contributions towards the PSI youth structure has been enormous and PSI is proud to share his joy as the newly elected 2018 National Best Worker.