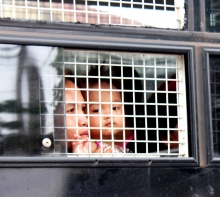 “Coming to the end of a year that is marked by deeply worrying political events and continuing armed conflicts, we commemorate International Migrants Day strongly reiterating that the protection of the human rights of migrants is becoming more urgent than ever,” declares Rosa Pavanelli, General Secretary of Public Services International.

The victory of Donald Trump in the recent US elections and the vote favouring Britain’s exit (Brexit) from the European Union were fuelled by toxic, xenophobic and anti-migrant rhetoric. With political elections coming up next year in many European countries, right-wing populist political parties are using the same toxic rhetoric to win votes, irresponsibly spreading fear and hatred.

“Everywhere, the human rights of migrants are being attacked, inciting the spread of xenophobia, Islamophobia and intolerance,” says Pavanelli.

“Migrants, as well as asylum seekers and refugees, have become extremely vulnerable as they are being used as scapegoats of the underlying economic uncertainties and rising inequality in our societies today. It is unfortunate that many, particularly in developed countries, are listening to this rhetoric and are now calling for increased controls on migration and are fuelling xenophobia and racism. The steep inequalities and grave economic uncertainty that we see now are, however, the result of the past decades of economic policies which increased the power of transnational corporations, dismantled public services, eroded natural resources, fuelled conflicts and destroyed jobs and livelihoods. As a result, we have millions currently displaced and millions more migrating to find work,” says Pavanelli.

“Governments, unfortunately, are responding with increased border controls, tightened security, detention and involuntary returns, including forging bilateral agreements deterring the arrival of refugees. Such measures violate refugee rights and render migrants vulnerable in the hands of smugglers and human traffickers,” she says.

“In the face of these social, economic, and political challenges, we reiterate the urgency and primacy of protecting the human rights of migrants and for Governments to pursue policies addressing the root causes of economic vulnerability and inequality rather than exacerbate them,” says Pavanelli.

“Migrants should not be victimized but should be valued. They bring important social, cultural and economic contributions to our societies. Remittances, the earnings that migrants send home, are not only helping families and communities, but are also keeping many developing countries’ economies afloat. Migrant workers are sought for their skills. In the developed countries, migrant health workers are essential in providing fundamental health and social care services, particularly in ageing societies facing staff shortages,’’ adds Pavanelli.