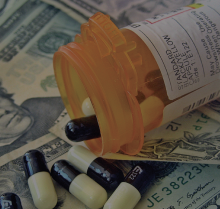 A new report released today by Public Services International raises serious concerns about the tax arrangements and use of offshore havens by companies which profit from public contracts the world over.

The report, which was developed after Tax Jouranlism workshops between PSI affiliates and UK-based Finance Uncovered, examines the fianncial practices of four corproations.

For example, the report analyzes how Actis, a UK based private equity firm spun off from the Commonwealth Development Corporation, appears to have used a subsidiary in Mauritius to ensure that much of the $129 million in gains from share sales in Umeme flowed out of Uganda and into the tax haven. When the report’s authors asked Actis why it structured its shareholding in Umeme through Mauritius, where capital gains tax is zero as opposed to 30% in Uganda, the company declined to comment.

If these gains had been paid in Uganda, where they were generated, the public budget could have been bolstered by up to $38 million in taxes.

Everline Aketch, lecturer in tax at Uganda Christian University, said: “This figure is enough to pay the annual salaries of over 12,000 Ugandan doctors. It saddens me that companies are yet again using African nations as a cash cow to syphon money desperately needed for development into richer  economies via tax havens.” Uganda faces a severe health-worker shortage and currently has fewer than 5,000 doctors for over 37 million citizens.

When the findings were presented to the Ugandan Revenue Authority, it said it was now “following the case”, which means it is currently assessing the situation.

Rosa Pavanelli, General Secretary at Public Services International, which commissioned the report, said: “To see a UK-owned, World-Bank-supported, privatized electricity corporation shuffling funds out of a developing country and into an offshore tax haven is appalling but unfortunately not surprising.”

“When public services are privatised it’s always the people who pay the price as profits which should be dedicated to reinvestment are instead pumped offshore and skyrocketing user charges help line the pockets of multinational corporations and the mega-rich.”

This is not the first time that the privatized electricity distributor has been in the spotlight. An official report in 2009 concluded that Umeme had “defrauded” the government of Uganda to the tune of Shs 452 billion (USD $197 million) over a four-year period by over- declaring losses.

In 2014 the Ugandan Parliament recommended that Umeme’s contract be terminated outright and the network  re-nationalised to address soaring tariffs. In 2016 Ugandan MP Andrew Bariyanga called for Parliament to “review the Company’s contracts to establish how much they get in profits vis à vis what they pay government.”

A recent article by Global Justice Now outlined how “As soon as the country’s electricity utility was privatised in 2004, Umeme, the company that took over, started hiking prices. Tariffs immediately rose by 24% and then by a further 34% two years later. By 2014, Ugandans were paying some of the highest electricity tariffs in sub-Saharan Africa.”

A major concern here is that the offshore structures used by companies linked to Actis are legal. Uganda holds a double taxation treaty with Mauritius, which seemingly has allowed companies such as Umeme Holdings, the Actis subsidiary that owned shares in Umeme, to declare capital gains in Mauritius rather than in Uganda where they are actually made.

In responding to the report Actis stated that “Umeme and Actis entities paid 100% of taxes due.”

Pavanelli added:  ”If this is a legal arrangement it only makes the scandal worse as it provides that both governments and the OECD rules allow this sort of abuse.”

The issue demonstrated by this case –  offshore indirect transfers – is not covered by the G20 reform of international taxation known as the Base Erosion Profit Shifting (BEPS) process. Developing countries are trying to put this issue on the agenda and there are signs that the IMF, World Bank and the OECD may take action.

PSI and a network of ally organisations point out that the OECD process has not gone far enough to crackdown on tax havens, profit shifting and damaging double tax treaties which undermine public service budgets the world over. They argue that only a UN body can adequately hold rich western Multi National Enterprises to account.

The report, which contains three other case studies into companies in the Caribbean, Switzerland and the UK, is the result of a workshop held between journalist training organisation Finance Uncovered and Public Services International Trade Union Federation which saw union activists and journalists come together to explore the tax and financial arrangements of a range of privatized companies across the world. The workshop and report was supported by the Friedrich Ebert Foundation.

Read the full report via the link below.