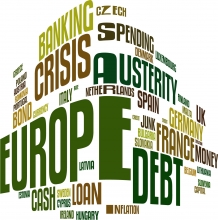 Three of Europe’s biggest unions – representing more than 5 million public sector workers – have organised a coordinated fightback to unemployment and austerity across Europe.

Three of Europe’s largest unions, UNISON, Ver.di and CGIL, representing more than 5 million public sector workers, met in London on May 4th to form a powerful new alliance against the damaging politics of austerity.

The unions are calling on national governments and international financial institutions to ditch austerity that has not only made the sovereign debt crisis worse, but has hit Europe’s people hard. Official figures out last week revealed unemployment across the single currency zone to be at a record high.

By breaking national boundaries and reaching out to groups that share their vision the unions will build broad support for a Europe-wide alternative to austerity. They pledged to further develop policy proposals for economic growth at both national and European levels, and to stage joint protest action. At a series of regular meetings, the unions will share best practice, all with the aim of battling austerity and putting the European Social Model back at the heart of EU.

“The austerity experiment has failed. Cuts have provided no cure and it is Europe’s people that are paying the price. Families are losing their homes, their jobs, struggling to pay the bills, and it has all been for nothing - the sovereign debt crisis has only got worse.

“Across Europe, politicians that have espoused austerity are being punished where it hurts most – at the ballot box. The time is right for an alternative that will not only work, but will be fairer. Our powerful alliance of unions is ready to take on the challenge.”

“In the Mediterranean countries; Greece, Portugal, Spain, the experiment of austerity has not only been useless, but also cruel. It has destroyed not only our economies, but is also setting about destroying our societies.

“To stop this policy is not only our duty, but a necessity. At risk are the rights we have fought hard to secure in the last 100 years. At risk is democracy. Particularly the right of the people to determine their own future.”

“The financial crisis is being reinterpreted into a crisis of public spending. We’re all being told that we can’t afford pensions, healthcare systems and welfare. But this is wrong – and cuts on the scale taking place will only lead to further recession.

“The EU is being turned into a purely economic union, where social concerns are sidelined. It is being turned into a union of austerity. Not only will this be damaging for Europe’s people, it will not be viable from an economic point of view. A starting point for challenging this damaging narrative is a public debate about how we create a tangible alternative.”

The unions believe that the only way to reduce budget deficits is through government intervention to boost economic growth and cut unemployment – ending the negative downward spiral that is austerity’s trap.

They are calling for a focus on quality employment, a financial transactions tax and for governments to take action on tax avoidance, tax havens and tax evasion. A job or training guarantee for young people and a green new deal are central to the plans for jobs, growth and fairness. As financial storm clouds continue to rain down unemployment and austerity across the EU, three of Europe’s biggest unions – representing more than 5 million public sector workers – are gathering in London to organise a coordinated fightback.