OUR HEALTH IS NOT FOR SALE! PSI affiliates mark World Health Day with struggle for the Right to Health

PSI affiliates in the health sector marked World Health Day with actions taken in different parts of the world as part of the PSI Human Right to Health global campaign. These involved collaborations with other civil society organisations illustrate the fight against the commodification of health in some countries and regions. 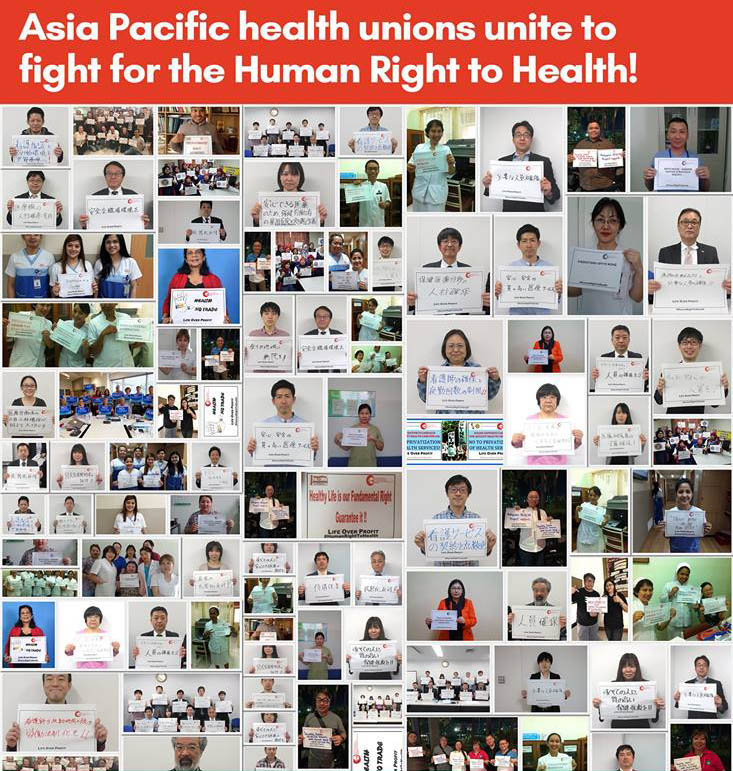 Affiliates in the Asia Pacific Region insisted on “Lives over Profit”, drawing attention to the fact that, the commodification of health amounts to sacrificing the lives and wellbeing of billions of people at the altar of profit for a few. Across the length and breadth of the region, health unions stood united to fight for the human right to health.

In Seoul, the Korean Medical and Health Union organised a press conference in front of the National Assembly. Led by Yoo Ji-hyun, the KHMU President, members lifted high a banner which declared commitment to “eradicating the evil rooted deeply in the Korean medical system, repairing the Korean health and medical system, ensuring the health and medical workers’ right to vote, and creating a society where people’s lives are prioritized over profit.” 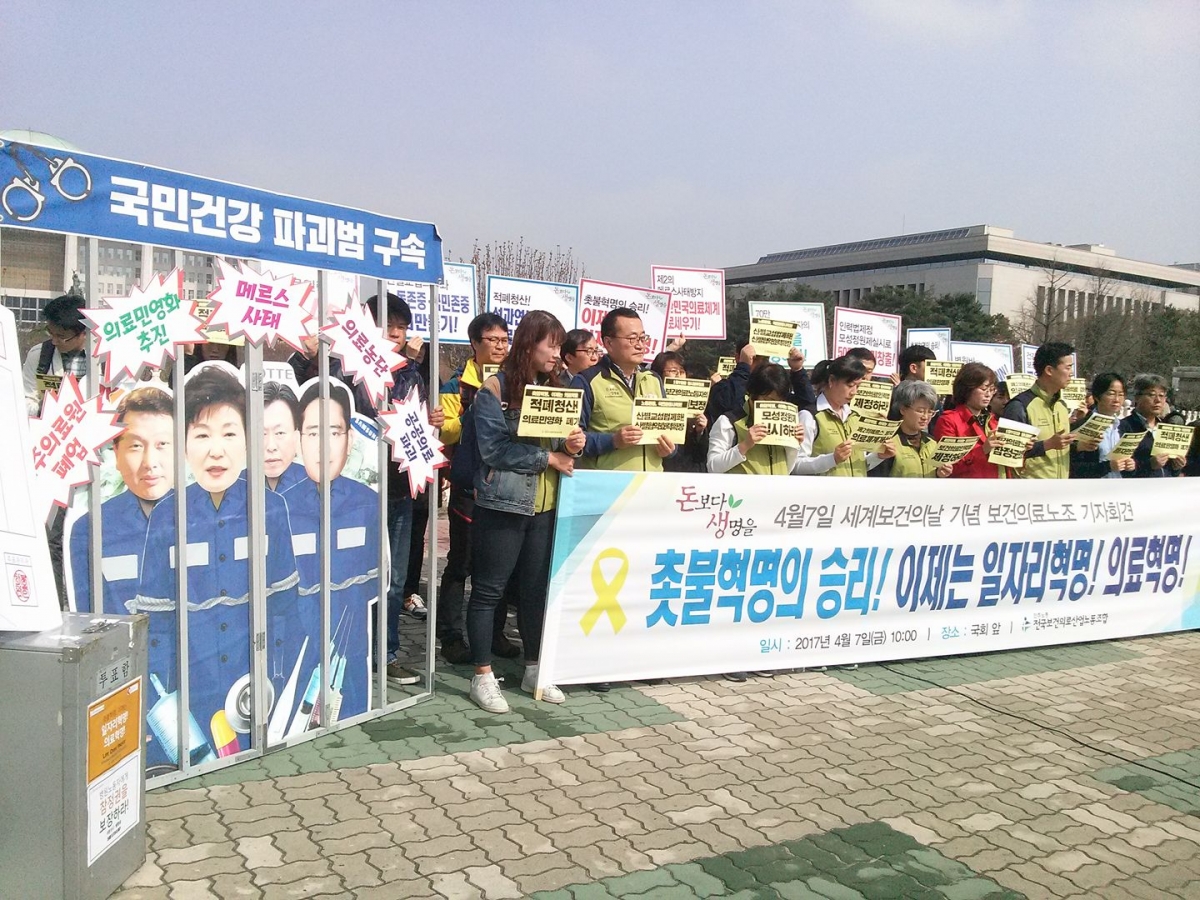 In each of the KHMU’s 160 branches spread across Korea, meetings were also held to popularize perspectives for public health to be an important element of the discourse as fresh elections loom on the horizons. This includes a firm stance against privatisation of health services and for reforms of the medical system which prioritize people over profit.

In New Delhi, PSI organised a discussion session with the People’s Health Movement (PHM) on countering privatisation of health care. Participants which included public health activists and trade unionists at the well-attended session noted that “one of WHO’s major failures has been its reticence to take decisive steps to promote the role of the public sector in the provision of healthcare, as well as meaningfully contribute to the regulation of the private sector”. 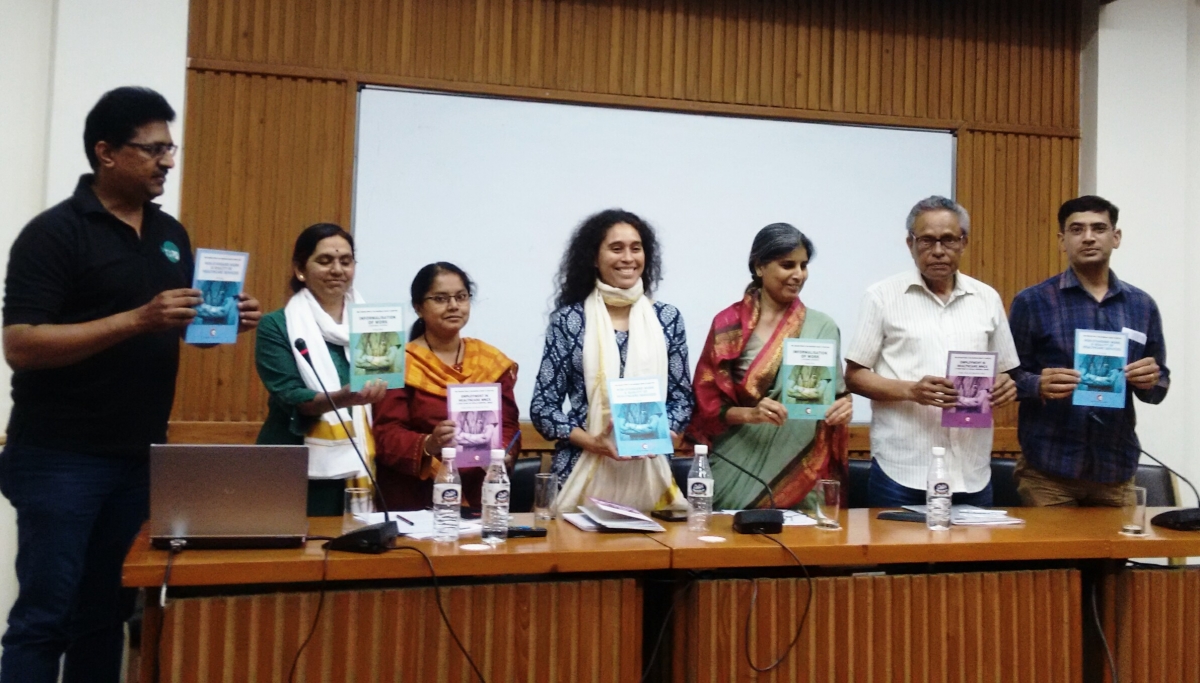 It was also an opportunity to launch three PSI booklets as part of a series on “Non-Standard Work in Healthcare in South Asia.”

In Europe, PSI affiliates as members of the European Federation of Public Services Unions (EPSU) were active in demonstrations marking the European Action Day against the marketisation, commercialisation and privatisation of health care. This is an important initiative to oppose health being treated as a commodity and to campaign for quality healthcare for all, which commenced last year. 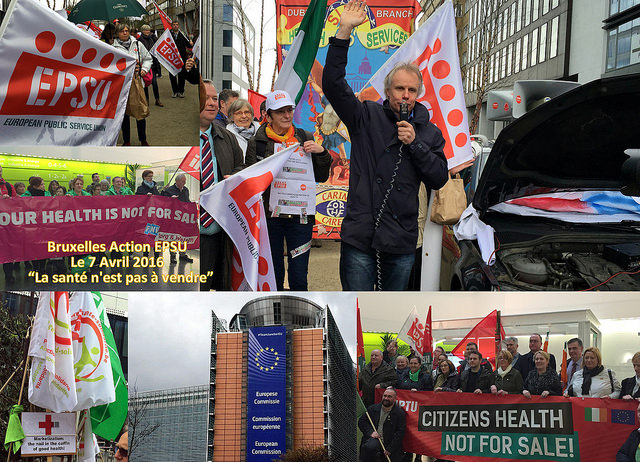 EPSU and other platforms and networks such as the European Network Against Privatisation and Commercialisation of Health and Social Protection organised a press conference and seminar in Brussels, and mass actions in over a dozen cities to press home the point that our health is not for sale.

For the Federation of Trade Unions - Health Services in Bulgaria, it was an opportunity to demand; better funding of public health, a solidarity-economy, labour legislation and professional protection of its members. 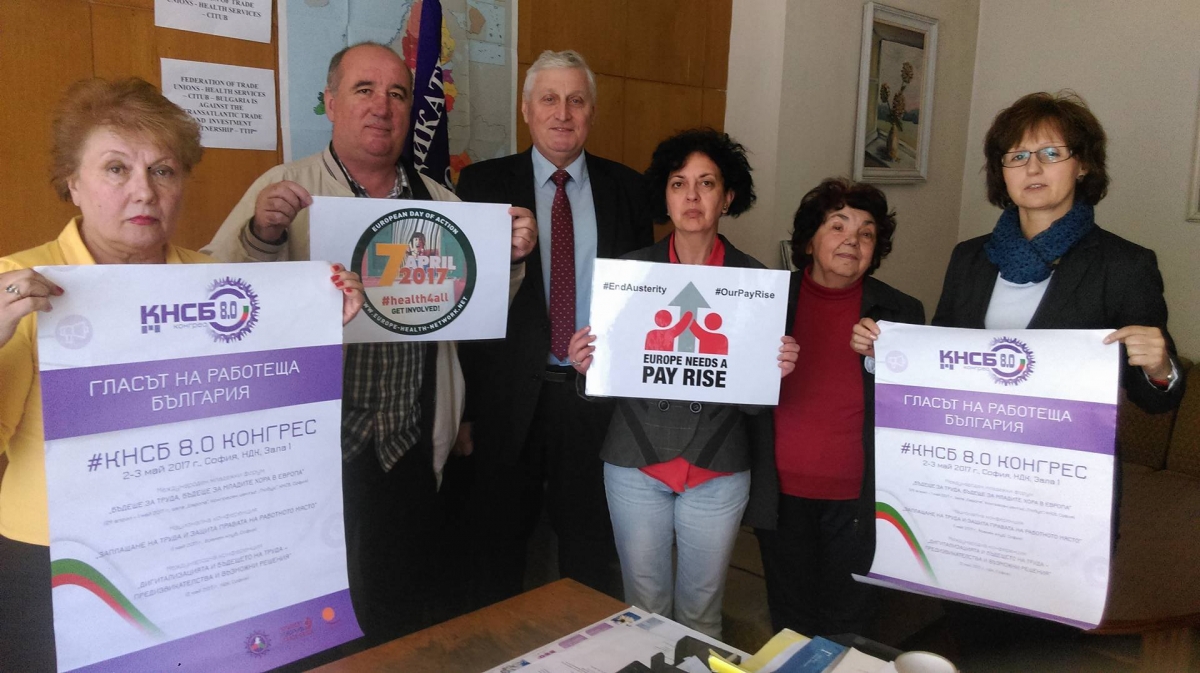 There they provided free blood pressure checks. The protesters demanded a halt to the universal health coverage law being pushed by the government because it is designed to enrich private health insurance firms instead of ensuring social protection and universal public health care. 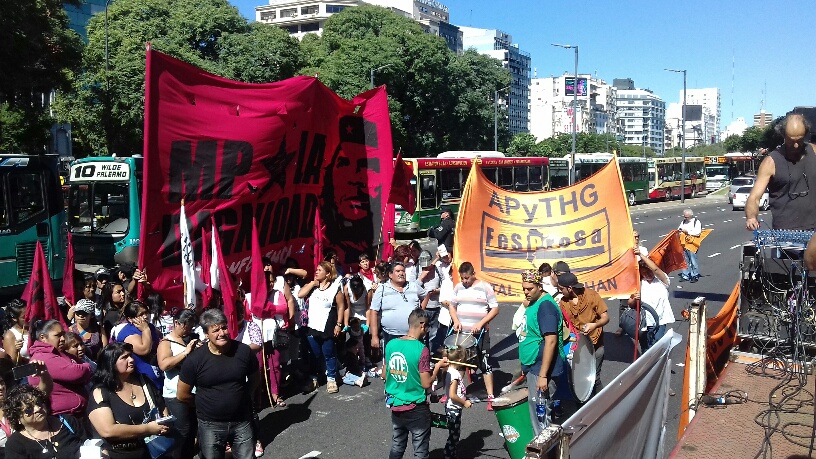 Demonstrating the spirit of the protest, Jorge Yabkowski the FESPROSA President said:

"This year the WHO dedicated its Day to the depression.  We say that the best way to fight the depression caused by the economic measures of neoliberal governments is not to take pills but to go out and defend our rights”.

In Belarus, trade union activists from the Belarusian Trade Union of Healthcare Workers carried out an informational and educational action dedicated to the World Health Day on the topic: "Depression: Let's Talk". In Minsk, medical psychologists carried out free screening-diagnostics of the level of anxiety and depression. Psychologists and psychotherapists who are members of the union were available for consultation.

The union held 127 events throughout the country, which included demonstrations, roundtables discussions, conferences and seminars. They also circulated large numbers of booklets, leaflets and posters and trade union activists, specialists from public health institutions and the Sanitary and Epidemiological Service appeared on television and radio.

In West Africa, the Health Services Workers’ Union of the TUC Ghana issued a statement “to draw attention to the unfair working conditions and atrocities being perpetrated against the thousands of professional women and men in Liberia’s public health sector”. Noting that injustice anywhere is a threat to injustice everywhere, Reynolds Tenkorang, the HSWU General Secretary emphasized the need for trade union rights and adequate funding of public health, if health for all is to be achieved.

Rosa Pavanelli, the PSI General Secretary summed up the spirit of this movement of struggle for the right to health demonstrated on World Health Day, thus:

“Never has any significant progress been made without struggle to win this. The recognition of health as a fundamental human right represents one of the most progressive steps taken by humankind in the 20th century. This formal recognition is however being practically rolled back under a hail of policies, programmes, legislations and agreements that push the agenda of big businesses and multinational corporations forward with the instruments of privatisation, commercialisation, PPPs and trade in services.

The mass actions taken across the world by PSI affiliates and other civil society organisations against this attacks on our humanity, is of crucial importance for us to ensure that people come before profit. We will continue to fight for the right of all to public health care.

There is absolutely no other way for universal health care to be achieved because private sector providers will always have profit as the driving force behind their decisions. No woman, man or child should be unhealthy simply because he or she cannot afford health care. And they must not be faced with the alternative of being further pauperised.”

Subscribe to PSI’s "Right to Health" newsletter (also available in French and Spanish). Send us your stories