One in five UK regional museums closed in 2015 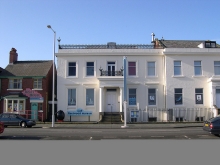 A survey by the UK Museums Association (MA) of the cuts to funding in 2015 reveals that one in 10 expect to introduce charges to make up for loss of local authority funding.

Museums in the UK are bearing the brunt of local authority funding as they are considered as a much less-than-vital service.

The creeping trend of museum closures, reduced hours and charges is alarming the MA. “It is a fairly bleak picture,” said policy officer Alistair Brown. “Museums are effectively a soft target as they are non-statutory service. When times get tough, lots of local authorities will tell you they highly value museums, but it will still be one of things targeted for cuts when push comes to shove.”

The survey also reveals that 8% of museums introduced charging in the past year, while 12% said they would in the coming year. Many museums also report a worrying loss of skills and expertise: 24% have cut their full-time staff, and 45% increased the number of unpaid staff, compared with 32% the previous year.

John Orna-Ornstein, director of museums at Arts Council England, said the overall picture was a challenging one, but perhaps not as bleak as it might appear. “It is not tough times for everybody. Lots of museums are doing well and there is a good picture in terms of visitor numbers … but there are certainly enormous challenges.”

The situation is more acute in the north, he said, because it is where the Victorians built the grandest civic museums created by industrial wealth to develop the identity and prosperity of cities and large towns.

Read more on the Guardian