From 22nd September to 23rd September 2016 a special workshop on Tax Justice for Workers was organized by PSI with support from the Friedrich-Ebert-Stiftung to help PSI affiliates and CSOs in Nigeria to build a campaign against corporate tax theft.

It was attended by General Secretaries and education officers of the various affiliates of PSI and leading civil society organizations in the area of tax justice. The workshop was graced by the president of the National Labour Congress of Nigeria, comrade Ayuba Wabba, and PSI vice-president for Africa and Arab countries, comrade Peters Adeyemi. Also present was PSI head of Governance and Policy, Daniel Bertossa, sub-regional secretary for English speaking Africa, comrade Sani Baba and ITUC representative, comrade Joel Odigie.

The event even resulted in media coverage from a range of local newspapers. 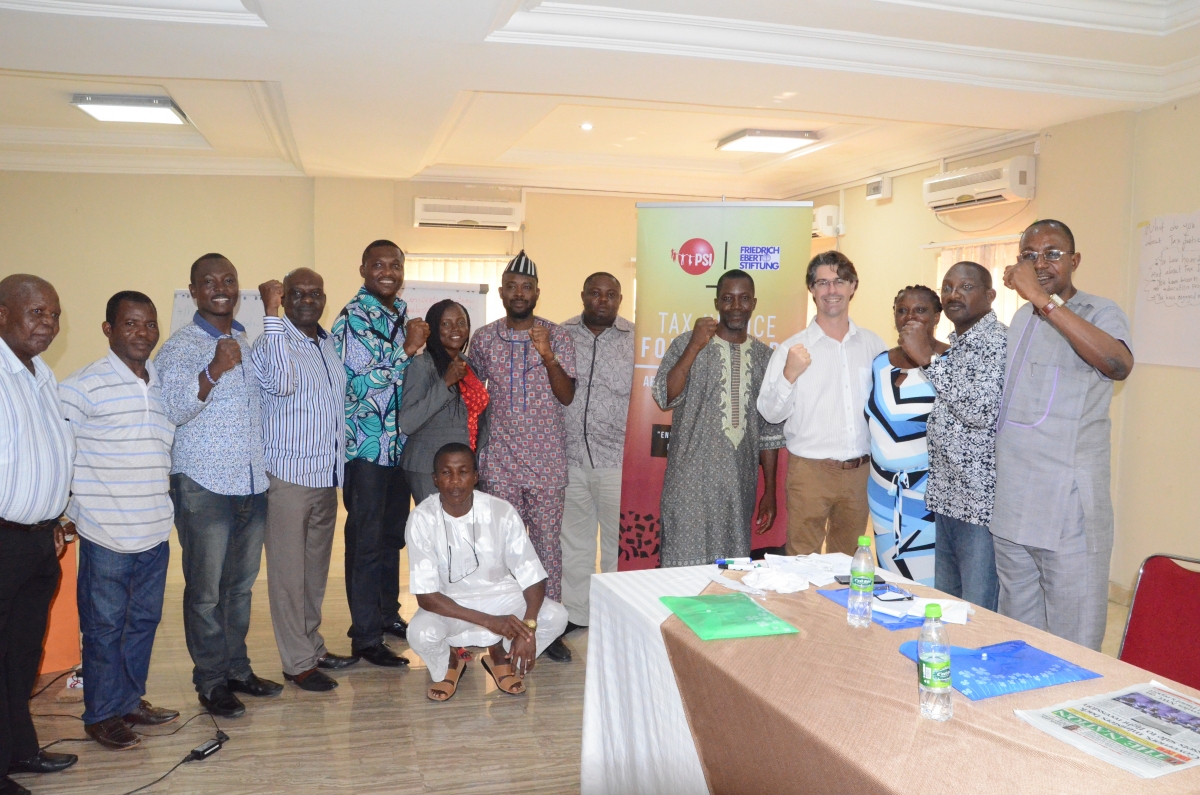 Research shows that African countries lose more money through illicit flows, including corporate tax evasion, than they receive in aid. It is estimated for example that Africa loses between $50 billion and $200 billion each year to illicit financial flows. On top of this, governments in developing countries are often encouraged or coerced into giving multinationals lavish tax waivers and holidays.  This avoided or excused tax usually ends up in tax havens or developed countries, depriving the global south of the much needed resources to fund development.

In a range of speeches and presentations, participants highlighted the vital importance of universal public services to fight poverty, ensure social justice and addressing inequality. Participants all agreed that Tax Justice should be seen as a key trade union issue.

A direct result of the workshop has been the establishment of the Nigerian Trade Union Platform on Tax Justice and Governance. The platform shall, among other things, reach out to all workers in Nigeria on the issue of tax justice and work with CSOs and other stakeholders. The platform shall work alongside ITUC-Africa through the Nigeria Labour Congress and the Trade Union Congress of Nigeria, as well as progressive Nigerian CSOs (such as ActionAid, Oxfam, Christian Aid; CISLAC; others) to deepen the African tax justice campaign in Nigeria. It shall also work with PSI globally to change the unfair and rigged global tax rules that help multinationals steal and swindle from Africa’s public budget. 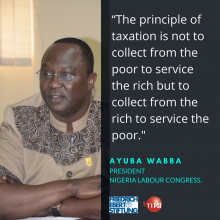 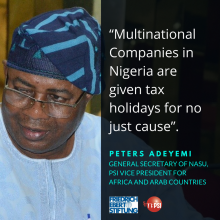 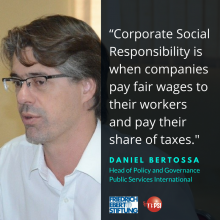 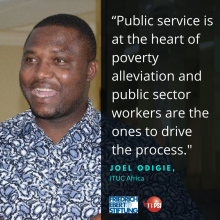