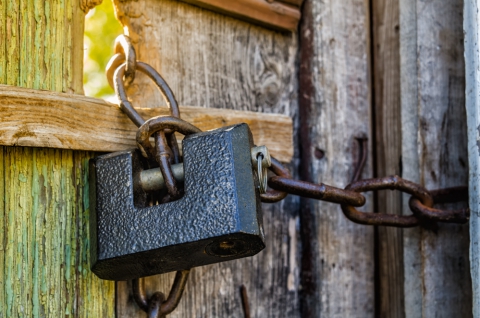 PSI, 1 July 2015 – Yet another series of leaks confirm PSI’s repeated concerns on the restriction of governments’ right to regulate in the public interest as well as underlining the lack of transparency surrounding the Trade In Service Agreement (TISA) negotiations.

The documents – released by Wikileaks – include the Core text and annexes relating to Transparency, Domestic Regulation, Mode4 and Government Procurement.

Prior to Public Services International (PSI) publishing the first available critique, TISA vs Public Services, in March 2014, the negotiations had been shrouded in secrecy. This latest leak only serves to highlight the increasingly ridiculous cat and mouse game that nations negotiating the TISA are playing.

It is becoming farcical that we see most of the texts because they are being leaked so often - but we still don’t know the full picture and therefore a public debate is occurring with only partial information.

“Treating public services as commodities for trade creates a fundamental misconception of public services. In the same way, treating democratic laws and regulations of elected governments, designed to protect the public interest, as barriers to trade is a fundamental misconception of the role of government.” says Rosa Pavanelli, PSI General Secretary.

“Laws and regulations to protect workers, consumers, small business and the environment exist because the market does not produce these outcomes. The power to regulate is also essential to provide fair competition for business and allows countries, cities and regions to pursue economic and cultural development as well as economic growth ,” continues Pavanelli.

PSI is concerned that many countries are still demanding the imposition of a “necessity test” (Article 4), exposing governments to challenge for any regulatory requirements that could be deemed “more burdensome than necessary.”

Even without a necessity test, PSI is worried that negotiators appear to have already agreed on a wide range of provisions that would have profound deregulatory impacts, providing over twenty grounds for challenging completely non-discriminatory regulation.

The agreement would prevent or restrict government regulation that impedes the activities and profits of the major global services industries.

PSI believes that these leaks confirm fears that the negotiations intend to impose an extreme liberalisation of government procurement compared to that required by some countries under WTO rules and US/EU free trade agreements.

This would undermine deliberate government policies to use government procurement to promote the development of local service industries and the employment of groups of under-privileged local people.

PSI is concerned that the proposed Government Procurement Annex (GPA) will apply on a negative list basis, meaning that government procurement will be covered unless listed – this will capture all procurement in government services not yet provided or that is still evolving (green energy, biomedicines, e-medicine etc...). In addition, PSI is concerned that there will be no threshold to the size of the purchase – thus capturing all small local enterprises, and that this clause will apply to sub-national governments – thus capturing state and local government.

PSI has repeatedly called for texts to be released at the end of each round of negotiations to ensure democracy and accountability in the negotiations and so that the public knows what is being discussed on their behalf.

See the documents on Wikileaks