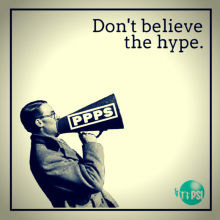 A study released today on Public Private Partnerships (PPPs) raises significant concerns over the controversial funding mechanism and serves as a clear warning to leaders meeting at UNCTAD14 this week. The research paper, titled PPPs and the SDGs; don’t believe the hype, found that PPPs often contribute to decreased transparency and accountability, increased incentives for corruption and do not attract significant new capital.

The study, written by Jeff Powell of the Public Services International Research Unit at Greenwich University, draws on extensive research and outlines a range of issues with PPPs which are often ignored including the lack of real efficiency gains, higher long term costs and the rife opportunities for corruption.

PPPs and privatization have a chequered history and often lead to declining environmental standards and workers’ rights as well as sharp price increases for the public. A tide of research and a growing trend of re-municipalisation highlights a wider shift in public opinion against PPPs and other privatization models.

The paper also casts doubt on the UN’s recent shift towards privatization as a means for financing development, and highlights the lack of conclusive evidence and many well-documented failings.

Although UNCTAD has remained a more critical voice on privatization and PPPs, and despite the IMFs warnings that PPPs should not be used as a means of removing debt from government books, developed countries and business lobby groups are now attempting to change UNCTAD’s mandate to make it friendlier to the privatization agenda.

The introduction of user-pay models under PPPs runs counter to basic human rights such as the universal right to water, by only providing services to those who can afford to pay.

“The evidence on PPPs has long been buried by those who profit from this failed financial model – we need UNCTAD to provide the facts,” said Baba Aye, Deputy Secretary General of the Medical and Health Union of Nigeria.

Everline A. Aketch of the Union of Education Institutions in Uganda highlighted how “quality public services provided for all by the state and funded through fair taxation on corporate profits are essential to addressing inequality and inclusive development.”

Opponents of PPPs highlight that many alternative means of financing development exist, which maintain public ownership and management of services. Many groups, including PSI, are calling for meaningful reform of the international tax system to avoid the hundreds of billions of lost revenue each year. A growing trend in Public-Public Partnerships enables government services in different states to exchange support, development, knowledge and investment.

“If these corporations who profit from and promote PPPs would stop hiding their money in offshore-havens and start paying their fair share of tax, we would have more than enough resources to fund our essential public services,” said PSI Secretary General, Rosa Pavanelli.

Public Services International is organizing an event to discuss alternatives to the privatization agenda and to launch the PSIRU research paper on the side-lines of UNCTAD14.