On 14 August, PSI affiliates and other public sector unions in the Philippines made history. After a seven-year-old battle, the Senate of the Philippines finally concurred with the ratification the ILO Convention concerning Protection of the Right to Organise and Procedures for Determining Conditions of Employment in the Public Service (No. 151), becoming the first country in Asia to do so.

The ratification of the Convention significantly enhances the rights of public services workers in the Philippines to organise and collectively bargain.  While current legislation allows organising in the public sector, it provides no right to bargain, and union recognition by the employer is inconsistent.

This victory was the result of a long-term campaign initiated by PSI’s affiliates in Philippines, with support from other unions and backed up by a PSI trade union development project made possible by PSI’s affiliate JHL of Finland through SASK.  Technical support from the ILO proved crucial in assisting the unions convince the administration, the government and the Senators of the Philippines to support ratification.

What is C151 and why is it so important?

ILO Convention 151, first adopted in 1978, protects public employees against anti-union discrimination and undue interference, and guarantees public employees’ organizations appropriate facilities to enable them to carry out their functions promptly and efficiently.

The Convention also promotes negotiations in determining terms and conditions of employment as well as in settling disputes.  It is hoped that with the Convention’s ratification, public employees’ organizations in the Philippines will have a greater role in processes relating to key issues such as salaries, gender and parity, anti-harassment measures, protection at the workplace, family responsibilities, maternity, prevention of occupational risks, and many others.

But, what does this victory mean for civil servants in the Philippines?

This major step has the potential to strengthen democracy and good governance in the Philippines, a view endorsed by President Duterte, who signed the C151 ratification during the 2017 National Labour Day celebrations.

As stated by Senator Joel Villanueva, chairperson of the Senate Committee on Labor and Human Resources Development, the Convention finally gives adequate protection to the country’s 2.3 million civil servants, specifically against acts of anti-union discrimination in respect to their employment. He also stressed the importance of ILO Convention 151 in enabling the public servants to be effective partners in development.

“[b]eing the first country in Asia to ratify the Convention will bolster the domestic and international status of the Philippines as a leader in promoting and protecting labour and civil rights”. 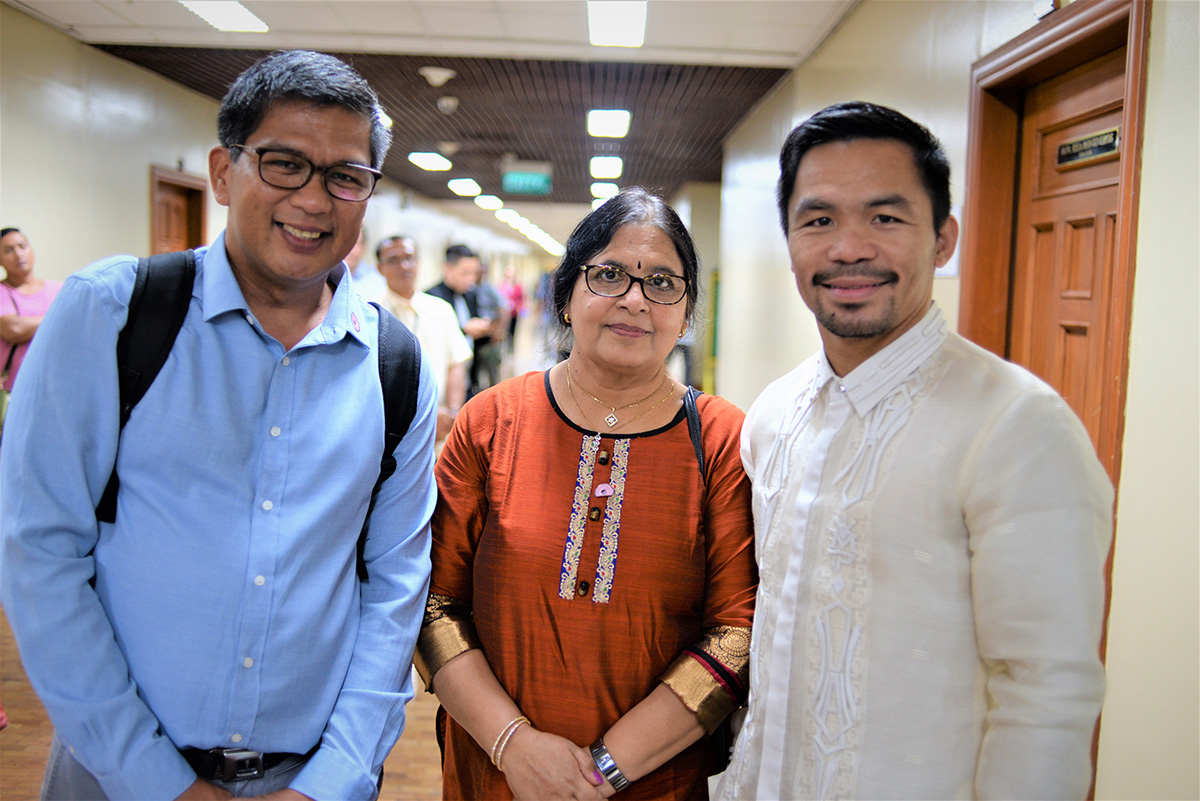 “we cannot over-emphasize the role of civil servants in nation-building […]. We are one … in recognizing the need for public employees in our country to enjoy adequate protection against acts of anti-union discrimination and respect of their employment”.

“ILO Convention 151 does not only guarantee decent work and trade union rights […], it is also a tool of good governance”.

Before the ratification, some employees were unable to meet the requirements to establish unions. This obstacle was due to various policy changes over the years regarding union registration and accreditation. In fact, data from the Civil Service for instance indicate that in 2015, of the 1,944 registered unions in the public sector, only 992 or less achieved accreditation status and only 813 had negotiated agreements.

Now, civil servants in the Philippines will be able to enjoy the same rights as their private sector counterparts, with greater participation in establishing fair and competitive conditions of employment and access to training and other professional development opportunities. Moreover, Senator Villanueva also believes that the ratification of ILO Convention 151 will help prevent the abuse of contractualization or 'ENDO' in the public sector.

Ratification of Convention 151 does not automatically guarantee the full trade union rights of public sector employees. There must be an enabling law to be passed by Congress to amend Executive Order 180 and a legislation that subscribes to the principles of the Convention, which is the next campaign struggle and undertaking of the trade union movement!

PSI salutes the struggle of the unions in the Philippines in achieving this significant milestone. PSI will continue to work with its affiliates and allies to ensure the strongest possible enabling law comes into existence.  In addition, PSI will be looking to deepen trade union rights for the public sector across the region.

There are no excuses, all workers deserve equal rights!