A decision of this nature will obviously have harmful repercussions for public sector employees in the United States and beyond, encouraging corporate sponsors to continue their attacks on worker rights around the globe. PSI affiliates around the world stand in solidarity with American public sector employees who will now redouble their efforts to build even stronger unions and continue their advocacy for quality public services despite the obstacles created by this ruling.

The Janus case is a blatantly political and well-funded attack by a wealthy network of right-wing anti-union “think tanks” to further rig the economic rules against American working people. The billionaire CEOs and corporate interests behind this case, and the politicians who respond to their funding, have teamed up to deliver yet another attack on working people by striking at the freedom of public sector employees to come together in strong unions. The forces behind this case know that by joining together in strong unions, working people are able to win the power and voice they need to level the economic and political playing field. These corporate forces want to put an end to this and do everything they can to weaken the unions that give power to working people.

The case was started as a clear political scheme by the billionaire governor of Illinois, Bruce Rauner, to use the courts to attack public service workers. And, in a letter to supporters exposed by The Guardian, the CEO of the corporate-funded State Policy Network (SPN) explains the true intent of their support for the Janus case and their nationwide campaign: to strike a ‘mortal blow’ and ‘defund and defang’ America’s unions. The background of this case is clear and well established. Since 1977, a Supreme Court case known as Abood has effectively governed labor relations between public sector employees and employers in the United States, allowing employers and employees the freedom to determine labor policies that best serve the public. This new Janus ruling overturns that history and undermines the well-established precedence of the last 40 years.

“After reviewing the history of this case, it is clear that the new Janus decision is an effort to manipulate the rights of working people, prevent them from joining together for better working conditions and diminish their advocacy for quality public services. I know that, despite this decision, American public sector employees will continue the fight for their rights and will build strength through their unions despite the obstacles that the court has placed in their way. Public sector employees around the world stand with them.” – Rosa Pavanelli, General Secretary, PSI

“Unions will always be the most effective force and vehicle to propel working people into the middle class. Despite this unprecedented and nefarious political attack – designed to further rig the rules against working people -- nothing changes the fact that America needs unions now more than ever. We are more resolved than ever to fight like hell to win for our members and the communities they care so much about. AFSCME members don’t do this work to get rich. They do it because it’s a calling -- and for that service, they deserve respect. They deserve the same freedoms as the CEOs and billionaires who continue to rig the rules against everyone else. The American labor movement lives on, and we’re going to be there every day, fighting hard for all working people, our freedoms and for our country.” – Lee Saunders, President, AFSCME

“The dissenting justices saw this case for what it really was—a warping and weaponizing of the First Amendment, absent any evidence or reason, to hurt working people. Not only was Abood well within the mainstream of First Amendment law, it has been affirmed six times and applied to other cases upholding bar fees for lawyers and student activity fees at public colleges.” – Randi Weingarten, President, AFT

“This decision is yet another example of how billionaires rig the system against working people, but SEIU members won’t let the extremists behind this case divide us. We will stay united, help workers who are fighting to form unions, and call on our elected leaders to do everything in their power to make it easier for working people to join together in unions.”– Mary Kay Henry, President, SEIU

“The Supreme Court’s ruling is at a time when so many Americans are struggling just to make ends meet. The Teamsters and our allies in the labor movement will redouble our efforts to ensure that working men and women have a voice on the job through strong unions.” – Jim Hoffa, General President, Teamsters.

"The architects of this decision have a far larger goal than just hamstringing public unions and workers. They want to remove any opposition to their agenda of eliminating all protections on public health and safety, in healthcare, environmental pollution, clear air and water, food safety, and workplace standards, that they see as an impediment to their profits and authoritarian power. “Nurses will never be silent in the face of this ruling, or in any other threat to our patients, our members, and our communities,” – Bonnie Castillo, Executive Director, NNU.

“On behalf of the wealthiest one percent and special interest groups, the Supreme Court has attempted to strike the death knell for public-sector unions, but the workers themselves will ultimately decide their own fate. Workers know the importance of unions in the workplace and they will survive. When union members pay to negotiate a contract for their workplace, everyone who’s covered by that contract takes home higher pay and benefits, has greater job security, enjoys improved health and safety standards, and gets help in settling workplace disputes.” – J. David Cox Sr., National President, AFGE.

"This decision of the Supreme Court is a slap in the face for workers across the U.S. public sector: education, health and social services, municipal services, etc." – Louise Chabot, President, CSQ.

RadioLabour interviews with the leaders of AFSCME, AFT, SEIU and NEA  : 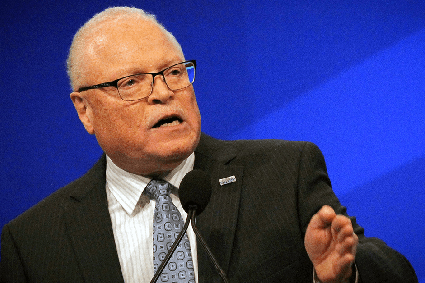 AFSCME President Lee Saunders spoke at a media conference just after the Supreme Court's ruling on the Janus case. He was accompanied by Stephen Mittons, a child protection investigator from Cook County, Illinois.

“Unions will always be the most effective force to propel working people into the middle class," he said. 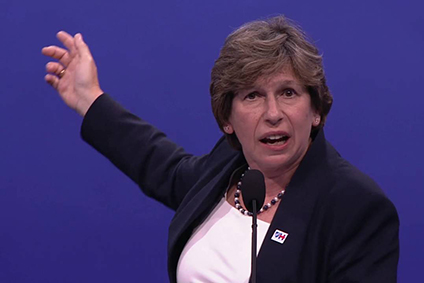 AFT President Randi Weingarten spoke at a media conference just after the Supreme Court's ruling on the Janus case. She was accompanied by Holly Kimpon, a high school teacher from Genoa, Ohio.

"We will continue fighting, caring, showing up and voting," she stated. 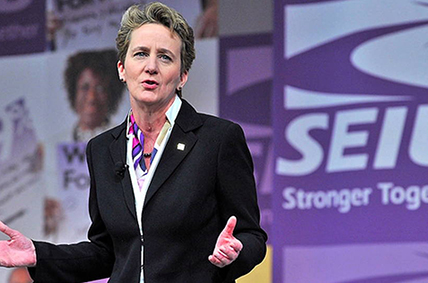 Interview with SEIU President Mary Kay Henry who spoke at a media conference just after the Supreme Court's ruling on the Janus case. She was accompanied by Sara Campos, a public health specialist from Salem, Oregon.

"This decision is yet another example of how billionaires rig the system against working people," she said. 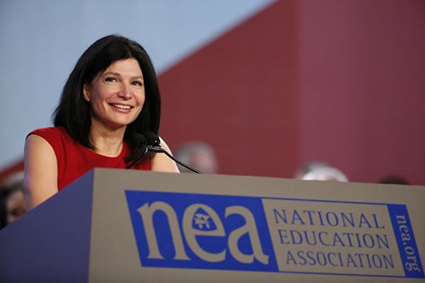 NEA President Lily Eskelsen García, spoke at a media conference just after the Supreme Court's ruling on the Janus case. She was accompanied by Dan Greenberg, a high school teacher from Sylvania, Ohio.

"Unions will continue to be the best vehicle on the path to the middle class," said the NEA President.