Esquel: recognition of the workers’ contribution and community participation – keys to the success of integrated waste management

What began as a pilot project in the mid-1990s is today a benchmark for Urban Integrated Solid Waste Management (GIRSU - UISWM). Recognition of the contribution made by workers, combined with the involvement and commitment of the community, have been key factors in the success of the local plan. 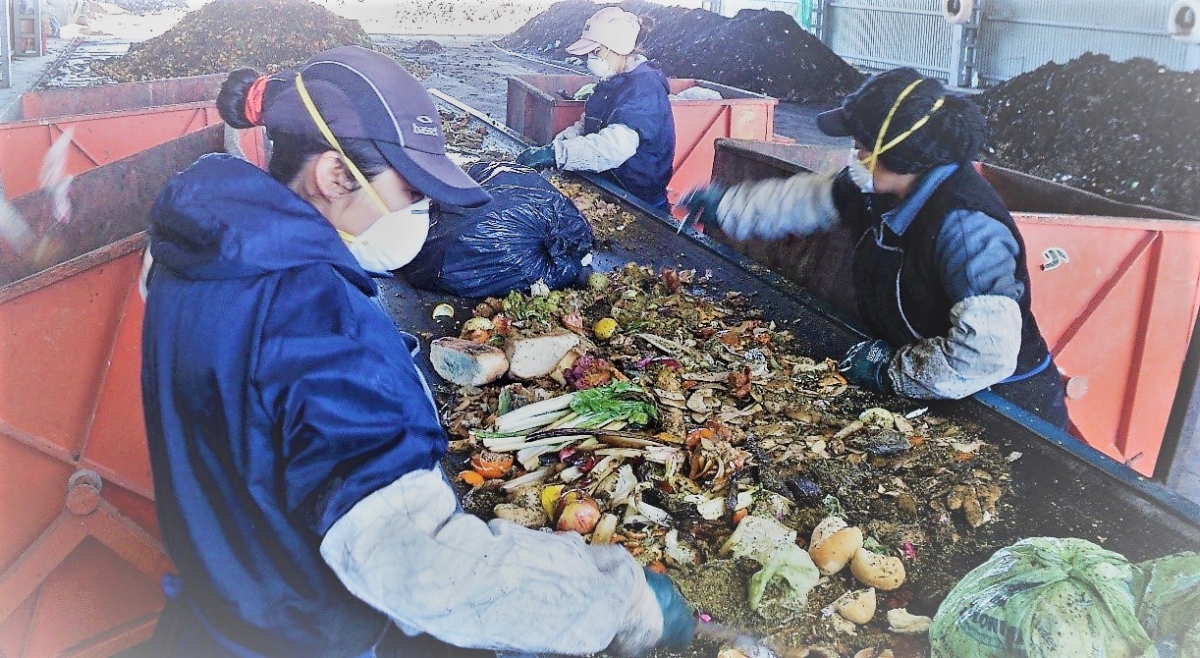 Esquel is a small tourist town in Argentina in the west of the province of Chubut, in the foothills of the Andes.  Its 40,000 population generates about 30 tonnes of solid waste per day.

The town's residents have a strong relationship with their natural surroundings and care for the environment. In fact, their resistance to a gold mining project was a landmark in the history of social and environmental struggle in Latin America [1].

From landfill to integrated management

In 1995, long before the introduction of national and provincial waste management legislation and programmes [2], the local authority began to sort waste in as a first step in moving towards Integrated Urban Solid Waste Management (GIRSU).

Aware of the crucial importance of sorting at source, it began by raising community awareness. It approached educational institutions, especially primary schools, and children in their final year of primary school became the main promoters of the policy in their homes.

Another key element in the strategy was recognising the value of the contribution made by municipal waste workers. Jobs in the sector had previously not enjoyed much prestige and did not require much professional qualification. The aim was to keep the service in the public sector and delivered by municipal authority employees. 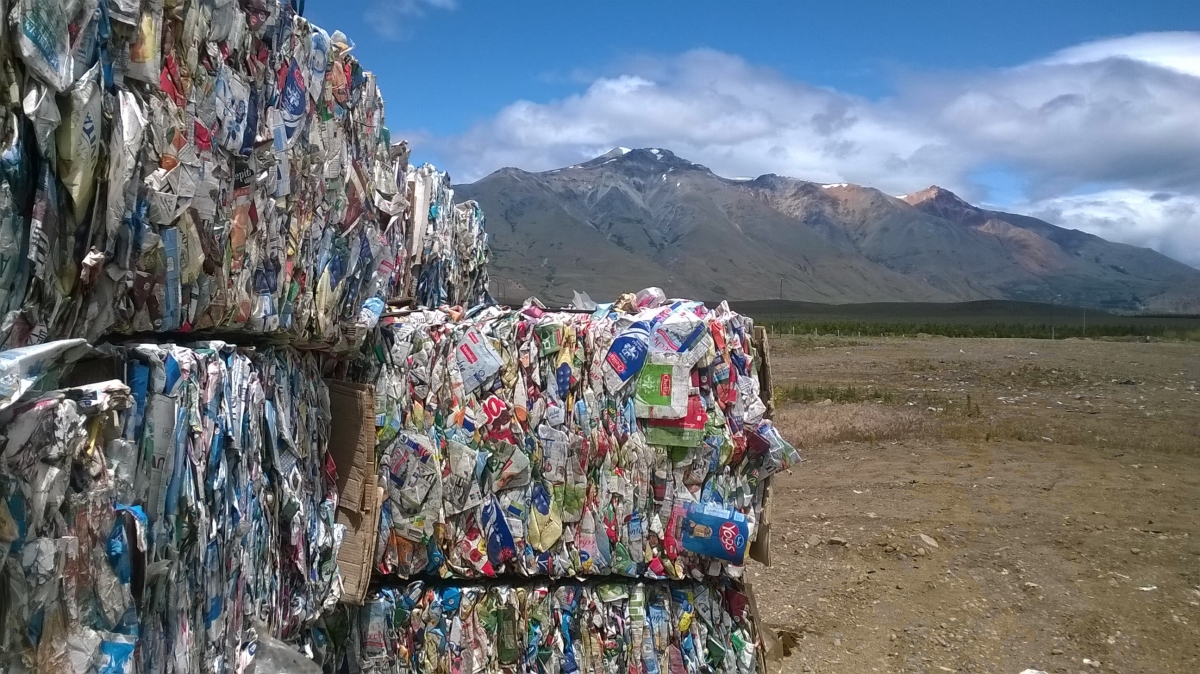 Initially, organic waste was transported to a compost plant and the rest of the waste was taken to a landfill site. The introduction of national and provincial waste legislation provided a framework for implementation of GIRSU. Esquel’s Waste Treatment and Landfill Plant began operations in 2009. It also received waste from Trevelin (population 8,000) and the Alerces National Park.

Since then, Esquel and Trevelin local authorities have maintained a waste collection service that sorts at source. Esquel also has recycling centres, including one at the composting plant, which operates an “Eco-Exchange” programme, where customers can get compost produced at the plant in exchange for a range of recyclable materials, including electronic goods, with an estimated recycling ratio of 80%.

The treatment plant receives dry waste from Esquel, Trevelin and the National Park. Esquel municipality manages the whole operation. It recycles 30% of the waste, which is classified, packed and stored for sale.

The rest of the waste goes to Esquel's landfill site.

The system is financed by users of the waste collection service and a charge is added to customers’ energy bills. Payments are managed by the electricity cooperative, which retains 5% to cover administrative costs. The National Park and Trevelin pay in proportion to the amount of waste they generate, although there is currently a dispute between the two municipalities over non-payment.

Esquel municipality employs a total of 810 workers, of which 150 (18%) are employed in the waste sector. About 60% of workers are members of the Esquel and West Zone Municipal Workers’ Union (Sindicato de Obreros y Empleados Municipales de Esquel y Zona Oeste, SOEME-ZO), which is affiliated to the Confederation of Municipal Workers (CTM), which subscribes to ISO. Union membership in the waste sector is 80%. 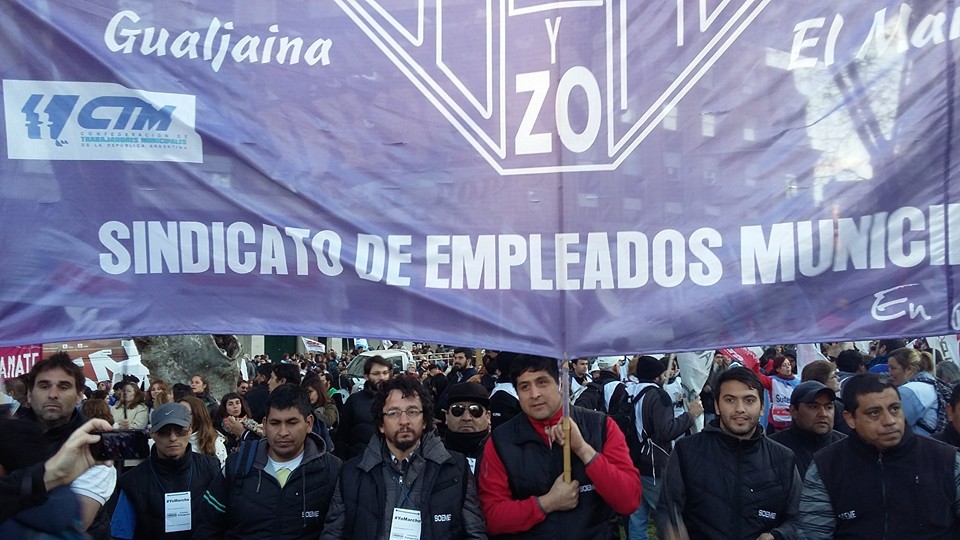 The local authorities recognise and value the contribution made by their employees and working conditions are generally good: workers participate in decision-making; the unhygienic nature of the work is recognised and is recompensed in terms of pay and working hours; health and safety is good. However, the union is warning about the growth in the number of workers on precarious contracts in recent years, currently 30% of the workforce.

The situation is more acute in other municipalities in the region. For example, in Trevelin, only 40% of municipal employees have permanent contracts. This, combined with the fact that the local authority does not recognise the union, is reflected in low union membership, which is only 15% of the workforce. These factors have caused serious disputes between the union and the local authorities in recent months.

Esquel’s local waste management programme is a success and has considerably reduced the quantity of waste going to landfill. However, the landfill plant is currently close to the end of its useful life and the municipality has asked the national government for funds to extend the plant. The municipality also faces the continuous challenge of involving the community to help maintain and improve the efficiency of selective waste collection.

Another issue is the deterioration of machinery and tools, which represents an increased health and safety risk. The union is calling for the recruitment of more workers, because working hours at the plant are now longer than desirable, which increases the risks. In general, this is one of the weaknesses in the national GIRSU strategy.

One of the union’s major concerns is the increasing use of precarious contracts. In addition to the lack of job security and other problems, precarious workers are not covered by the accident insurance scheme (Aseguradoras de Riesgos de Trabajo, ART). SOEME-ZO is therefore prioritising the offer of permanent contracts to workers employed in the most hazardous jobs, including the waste sector.

The deterioration in working conditions has taken place in the context of national government labour adjustment and flexibilisation policies, accompanied by intensification of the criminalisation and repression of social protest. This context may well have a major impact on trade union agendas in the short term.

For the union, it is a challenge to replicate the Esquel successes in other parts of the region where it has members. Progress in this respect would represent an opportunity to improve working conditions and promote recognition of the contribution made by workers in the sector. It would also promote improvements in environmental and human health.

[1] In 2003, public pressure forced a binding plebiscite in which more than 80% of residents voted against the installation of a goldmine in the area. This was one of the first victories in the campaign against mining in Latin America.