This statement provides an overview of three key areas where PSI affiliate UNISON has been leading campaigns and collective bargaining to end gender pay discrimination and to win equal pay for its members. This is part of PSI's online campaign for International Women's Day. 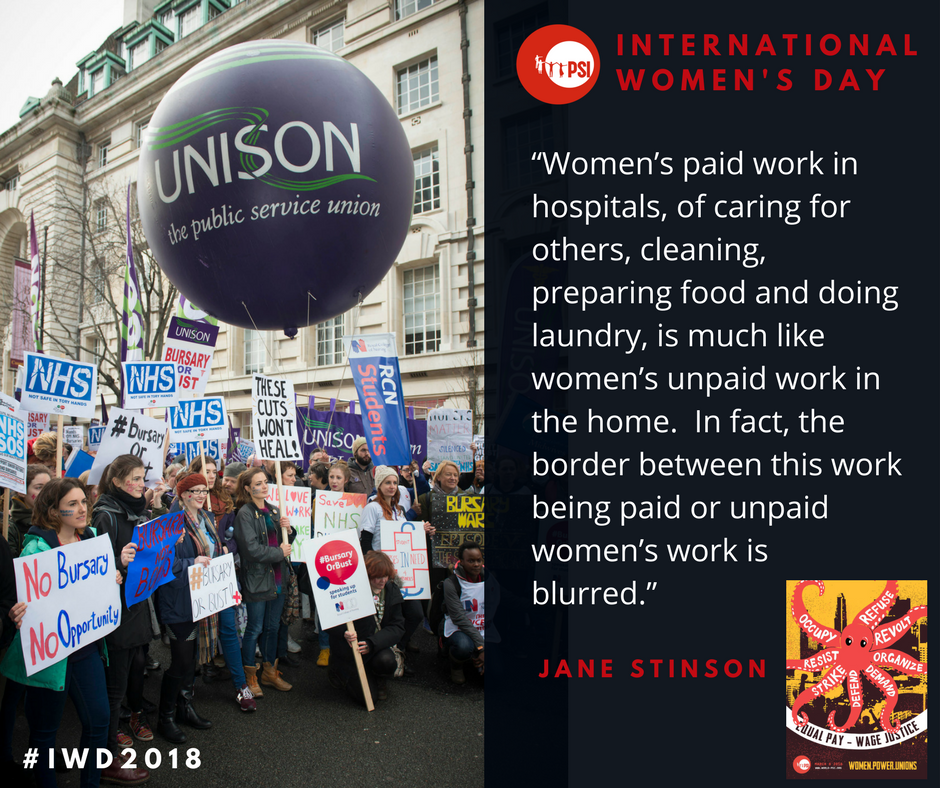 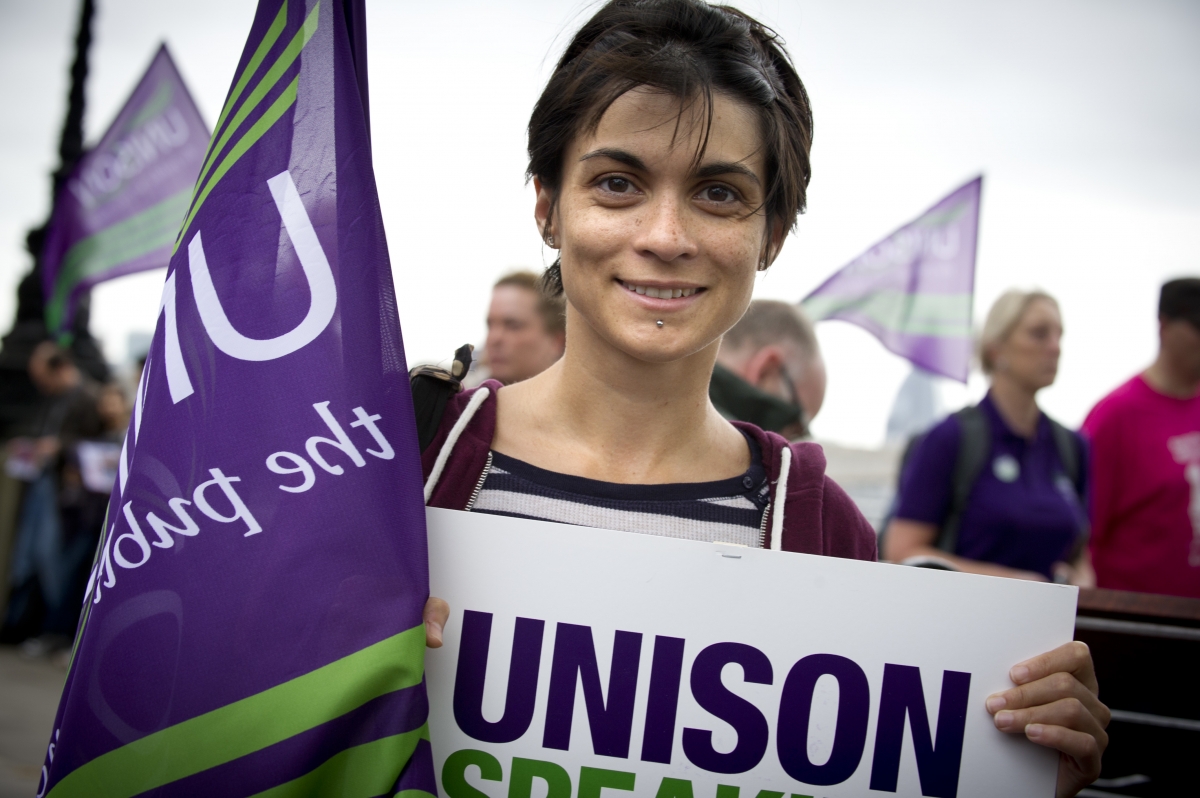 UNISON played a key role in campaigning for pay transparency and to end secrecy in pay. Two key victories to celebrate is that for the first time in the UK - in April 2018, public, private and voluntary sector employers with 250 or more employees must publish information about the gender pay gap in their organisation. UNISON continues to campaign for full implementation of Gender Pay Reporting Regulations and to ensure that employers publish a narrative and action plan to improve the effectiveness of the Regulations and close the gender pay gap in employment. This is a key part of bargaining for equality and security gender parity for women.

Another landmark victory came in July 2017 when UNISON won its employment tribunal fees case in the UK Supreme Court (against the UK Government imposition of tribunal fees) securing workers access to justice in the employment courts. 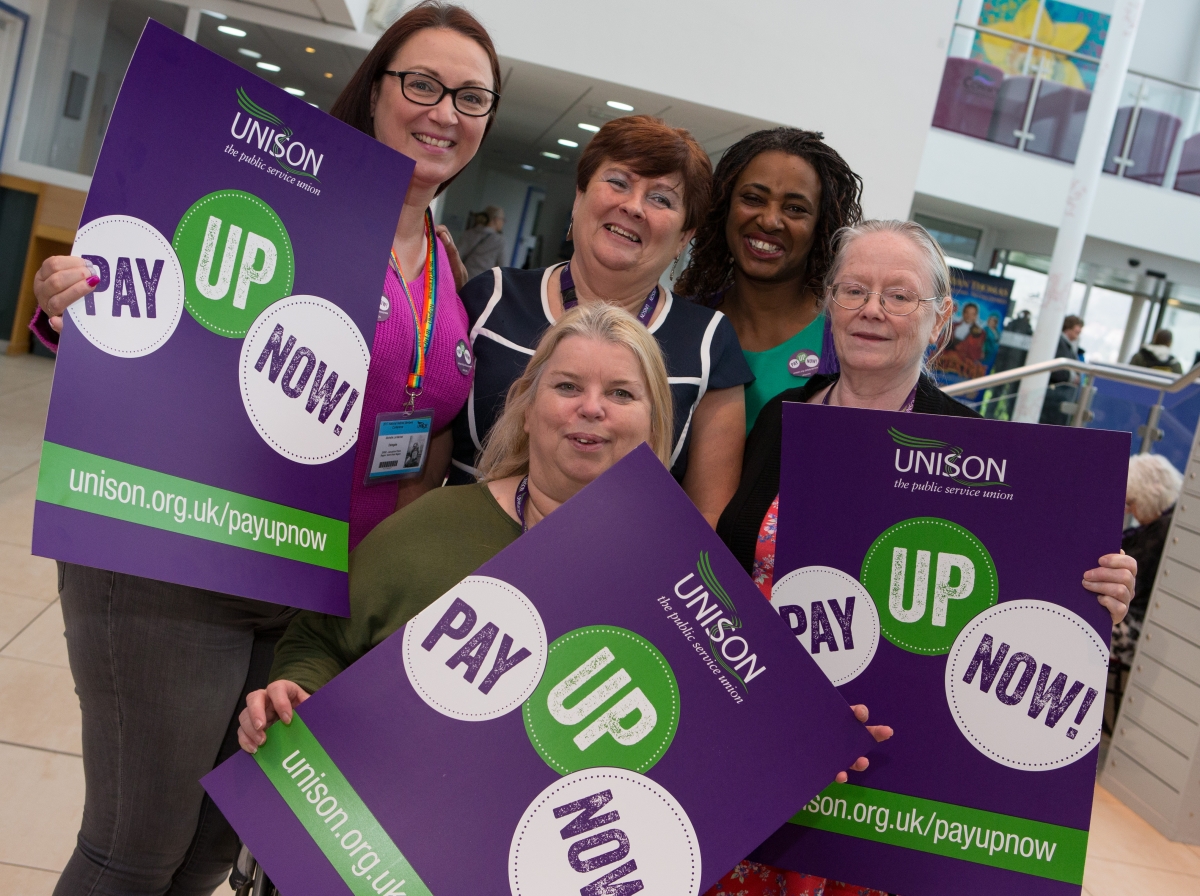 In Local Government, UNISON continues to fight for pay and grading of jobs to be fair, non-discriminatory and in compliance with equal pay legislation and in its most recent case successfully challenged Glasgow City Council in the Court of Session. A new Toolkit – Keeping it Equal provides guidance to union branches on the proper implementation of the Single Status Agreement in Local Government.

The information on Keeping it Equal can be found here. 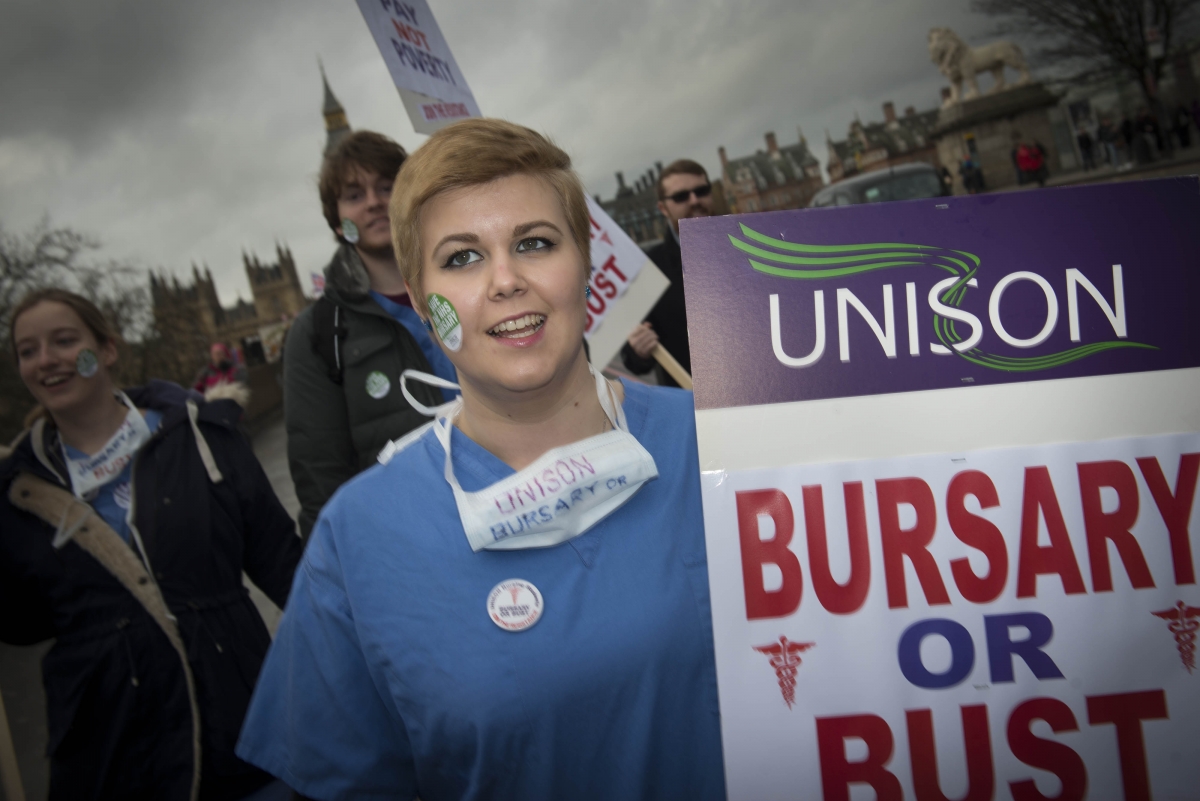 In the UK, equal pay has been a statutory entitlement under the Equal Pay Act since 1970.  To make this a reality, The Agenda for Change pay system was introduced in October 2004 to ensure that pay in the National Health Service was consistent with the requirements of equal pay law.  UNISON plays an active role alongside our sister unions and NHS Employers in overseeing effective and equality-proofed implementation of the NHS Job Evaluation Scheme, including the provision of training and guidance for trade union and management side job evaluations practitioners.

The information about the Agenda for Change NHS Job Evaluation scheme can be found here.