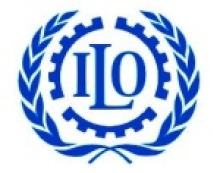 The public sector in many European countries has been hit hard by the economic crisis, leading to big cuts in spending, jobs and wages. In this article, ILO Senior Economist, Daniel Vaughan-Whitehead, analyses the impact on the public sector, of policy responses to the crisis.

Although there have been diverse responses to the economic crisis in Europe, the immediate pressure to make savings and reduce public spending have led most governments to make cuts to expenditure, jobs and wages – often hastily.

The wages of public sector employees have been cut in a variety of ways: Several countries have implemented a basic wage freeze or cut, as has been the case in Estonia, Ireland, Latvia, Lithuania and Romania. Others, such as Greece and Hungary, have abolished bonuses for public sector employees. In Greece, the minimum wage was also cut for the first time by 22 per cent.

In some cases these adjustments have halted public sector structural reforms, (like better wage-fixing systems and more efficiency), as has been the case in Portugal and Romania.

As a result, public sector employees in a number of countries have lost the wage premium they traditionally enjoyed over the private sector, which was justified by higher education levels in the public sector.

In Romania, for instance, the wage differential between the public and private sector fell from 40 per cent in 2010 to minus 15 per cent in 2011. Such dynamics have also lowered skills, the level of investment in public sector occupations and have stopped attracting the quantities of young qualified graduates which hitherto have been its lifeblood.

At the same time, uniform wage cuts along the wage scale have increased inequality and hit lower grades harder, thus plunging many workers below the poverty threshold. As a result, the new phenomenon of the “public sector working poor” has emerged in Europe.

As protests against austerity measures spread in southern Europe –especially in Greece, Spain and Portugal – more and more people hit by the crisis are also moving to northern countries in search of decent jobs.

Gender inequality has also been fuelled by public sector adjustments because of the traditional importance of the public sector for women’s employment, career development and flexible time, work and family arrangements.

Job losses in the public sector have also contributed to increased workloads and working hours for the remaining employees, while payment rates for overtime have been reduced or even frozen in a number of countries. The simultaneous reduction in expenditure has also reduced the human and material resources available to carry out services, which generally remain the same or even increased – as in health and education.

The neglect of social dialogue in the reform process and the abolition of a number of provisions that encouraged collective bargaining, have contributed to worsening working conditions in the public sector. Previously known as a "model employer", public sector practices are now converging with those in the private sector.

These changes, and the way they have been implemented, have triggered a wave of demonstrations and strikes by public sector employees –often joined by other social groups– throughout Europe. Beyond the immediate economic costs of such protests, the worsening social climate in the public sector rings alarm bells for the future.

Such changes also have a direct impact on the future quality of public services: In schools, for instance they may lead to lower ratios of teachers to students in classes. In hospitals, admissions’ waiting lists are likely to grow. Reforms will also have an impact on public administration.

A more balanced combination of quantitative adjustments and structural reform in the public sector needs to be promoted. There also needs to be a better mix between fiscal and other important considerations such as equality, social dialogue, employment opportunities, working conditions and the future efficiency and quality of public services.

Only under these conditions can public services in Europe continue to provide an important source of both social cohesion and economic growth.