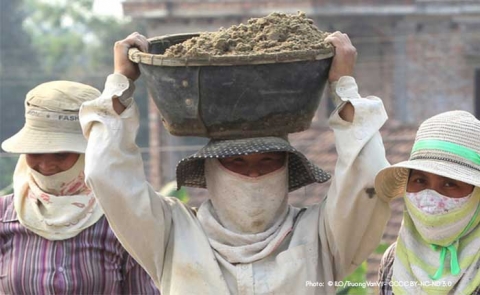 New York, 12 July 2017:  Corporate power threatens  women´s human rights by promoting a race to the bottom in labour standards and avoiding taxes in the countries where  profits are obtained, concludes the report Spotlight on Sustainable Development 2017, in its analysis of the fifth Sustainable Development Goal which promises to achieve gender equality by 2030 and empower all women and girls.

New York, 12 July 2017:  Corporate power threatens  women´s human rights by promoting a race to the bottom in labour standards and avoiding taxes in the countries where  profits are obtained, concludes the report Spotlight on Sustainable Development 2017, in its analysis of the fifth Sustainable Development Goal which promises to achieve gender equality by 2030 and empower all women and girls.

Corina Rodríguez Enríquez, Executive Committee member of Development Alternatives with Women for a New Era (DAWN), points out that the achievement of women’s human rights requires more robust regulation of private sector investments and public policies in the area of social services and social infrastructure.

According to her analysis, the liberalization of the economy and its drive towards competitiveness and rising productivity has led to precarious working conditions and overall low wages for women, as exemplified by export-led manufacture or "maquilas" in Mexico and Central America.

The report also questions the paradigm of public-private partnership (PPPs) that is being promoted by the corporate sector as the most effective way for investing in social services and infrastructure, key areas for women´s lives. It highlights the existing evidence of the negative effects of PPPs, illustrated by the case of Lesotho, where a PPP initiative to build a hospital ended up appropriating half of the entire public budget for the health sector of the country.

“The failure of corporations to pay taxes in the countries where they obtain profits, is a major reason for governments´ lack of fiscal space to implement policies that would protect and promote women´s human rights”, declares Rodriguez Enríquez, condemning the resistance of North countries to creating a UN body to strengthen tax compliance and reform.

The Spotlight evaluates the double-standard discourse on corporate social responsibility, which often limits women´s economic empowerment to the promotion of micro-credit and micro-entrepreneurships programs, while disregarding the power structures at the root of gender inequality.

“Unless these issues are addressed, the goal of achieving gender equality may remain a dream”, states Rodríguez Enríquez.

A key target of SDG 5 on gender equality, adopted in 2015 by 193 UN Member States as part of the Sustainable Development Agenda, is to undertake reforms to ensure that women have equal rights to economic resources. Other related targets include ending all forms of discrimination and violence against all women and girls; ensuring women’s participation at all levels of decision making in political, economic and public life; guaranteeing universal access to sexual and reproductive health; and recognizing and valuing unpaid care and domestic work.

The Spotlight report, launched in coincidence with the High Level Political Forum of the United Nations that is assessing implementation of the 2030 Agenda, is published by a broad range of civil society organizations and trade unions. It provides the most comprehensive independent assessment of the SDGs.