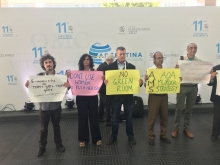 PSI was one of the organizations that drove the action. According to Jocelio Drummond, Regional Secretary of PSI Inter-America, "the main struggle is to prevent the WTO from expanding its area of action on new issues, for example, electronic commerce".

Civil society organizations gathered in the Our World is not for Sale Network (OWINFS), of which the Public Services International (PSI) is part, held a protest on Monday, December 11, in Buenos Aires, Argentina, denouncing the pro-corporation agenda of the World Trade Organization (WTO). The Argentine capital is hosting, until December 13, the 11th Ministerial Conference of this organization.

"The main struggle of civil society organizations is to prevent the WTO from expanding its area of action on new issues, for example, electronic commerce. Each time this organization starts to deal with a new issue, it uses it to favor transnational companies", says Jocelio Drummond, Regional Secretary of PSI Inter-America.

According to Drummond, the e-commerce is being used in the WTO for the benefit of the big technology companies known by the acronym GAFAA: Google, Apple, Facebook, Amazon and Alibaba.

"These companies propose the 'free' flow of data, which in reality means monopolizing the information of the entire population of the planet. The WTO wants to have the mandate to discuss e-commerce, and we fight so that this does not happen".

In Buenos Aires, PSI also participates in the Week of Action WTO Out, a parallel summit organized by a coalition of networks and civil society platforms.

"PSI acts both within the official meeting, lobbying for governments not to accept proposals that are harmful to citizens, as well as outside, debating with civil society and doing marches and protests," says Drummond. 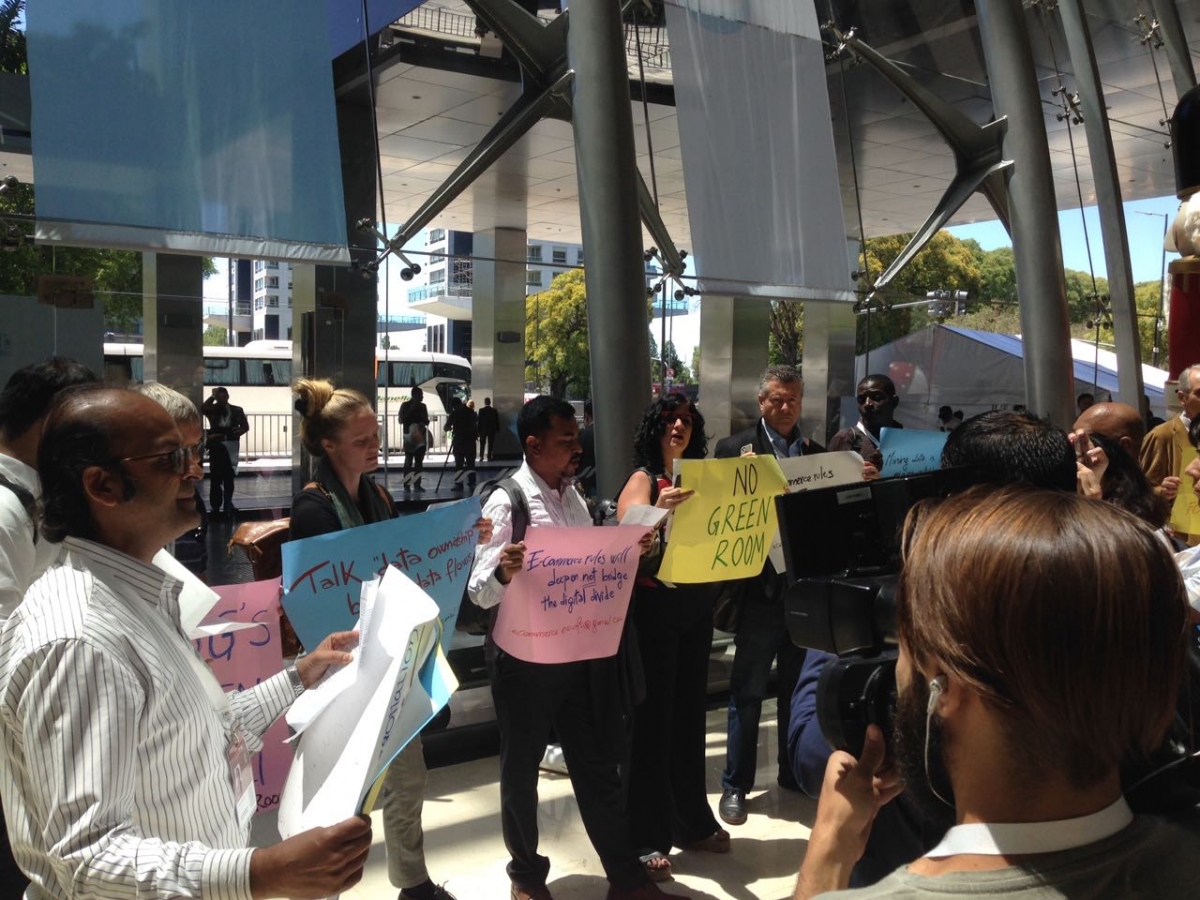 Argentine Government revokes accreditation of civil society
The 11th Ministerial Conference of the WTO will deal with controversial issues. The main dispute arises around the demand of countries producing raw materials that richer nations open their markets to agricultural products.
But even before starting, the meeting was controversial due to the unprecedented decision of the government of Mauricio Macri to revoke the accreditation of union representatives and civil society, informing the WTO that it would not allow the experts enter the country. On December 6, the General Secretary of PSI, Rosa Pavanelli, sent letters to the Argentine president and the Director-General of the WTO demanding the reinstatement of the participation of these groups.

However, organizations such as the Brazilian Network for the Integration of Peoples (REBRIP) and the Transnational Institute (TNI) were banished. Some of their representatives were almost even prevented from entering the country, but managed to do so after the intervention of the respective embassies.