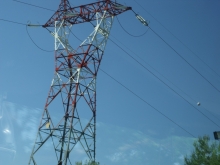 The Australian Government published their Energy White Paper in early November. In a clarifying letter to the Australian Services Union, the Prime Minister confirms that she does not support privatisation of electricity.

From the outset, the ASU has challenged these comments, with their view that the White Paper does not specifically call for privatisation to occur.

I also note there has been a number of misconceptions and inaccurate reporting claiming that the Energy White Paper advocates the privatisation of state electricity assets and that this is the view of the Government.

Further, with regard to specific proposals regarding privatisation of electricity assets by state governments, while these are ultimately matters for voters in these states, my Government has no intention of supporting or advocating plans for privatisation.

ASU Assistant National Secretary Greg McLean, who coordinated the ASU work in this area, including the earlier consultations around the White Paper over a number of years and ASU recent arguments over the last 12 months said, "The ASU meeting with the Prime Minister and the commitment of the Government is an important step for ASU members and those that use the essential public services of electricity across the whole country."

"This statement by the Prime Minister confirming that the Government's Energy White Paper does not call for electricity privatisation, as some in the media have reported and some state government ministers have misunderstood, is welcome.

"It was very pleasing to meet with the Prime Minister to clarify the issues and to have her comments confirmed in a letter to the ASU is greatly appreciated – it's also the clearest call we have seen on electricity and energy by any Australian government," Greg McLean concluded.