An attack on democracy 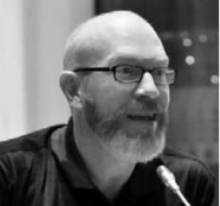 This is an extract from the ICTUR magazine International Trade Union Rights (Issue 4, 2014) – Focus on the right to strike. This article is written by JESÚS GALLEGO, International Coordinator with the public sector union FSP-UGT in Madrid.

There are numerous statistics that demonstrate that Spanish workers and society are increasingly mobilising in recent years against the austerity measures imposed by the conservative government of Prime Minister Mariano Rajoy and other authorities. Some of these figures claim that only in the city of Madrid more than 4000 demonstrations took place in 2013.

Austerity is not the only reason although every single legislative initiative produced by the national government includes references to the economy. A good but sinister example is the preface to the Draft for the reform of the right to legally interrupt pregnancy, commonly known as abortion law, which includes a sinister reference to the positive effects of forbidding Spanish women to decide on their own body and mind on the national economy. It is fair to say that the reforms on Education, Immigration, Culture, Health, Abortion and Work have little to do with money or economy and much about ideology, and they achieved to bring Spanish people to the streets daily, demonstrating against the measures that trade unions foresaw when Mr Rajoy took office. Today, at the end of 2014, nearly forty years after democracy was introduced in Spain, about two hundred and fifty trade unionists are facing the possibility of being sentenced to more than 120 years in prison for participating in demonstrations or industrial actions. One of the most shocking cases is the so-called Airbus Case. Eight union members of the two big Spanish trade union confederations UGT and CCOO could face prison sentences of eight years and three months each, summing up to a total of sixty-six years in prison, plus a fine of euro 31,059.52 to which the defendants must respond jointly. This arises from their participation in a strike after which clashes occurred between workers and the police at the EADS-CASA factory in Madrid.

Any government that deprives its citizens of their right to strike or criminalises this right should consider twice calling itself democratic. Nevertheless, the Spanish conservative government of Mr Rajoy has started a three-level process with the only aim of criminalising the right to strike and to demonstrate (both Constitutional rights in Spain, enshrined in Article 28). The government wants to dissuade and persuade the population not to participate in strikes or demonstrations by first questioning the necessity of striking, followed by the negative consequences that such actions have for the image of the country and the recovery of the economy.

A legal argument is presented by abusing an article of the Spanish Criminal Code (Article 315), that foresees prison sentences to those coercing workers to participate in industrial action, which is now used against pickets or trade unionists informing other workers about an on-going strike. Based on this article, some recent, threatening sentences aiming at discouraging workers from mobilising have already seen the light. Thirdly a new corpus of hardcore administrative sanctions is being created, cynically baptised as ‘Public Safety Law’ that will dramatically curb the right to protest and strike by, for example, allowing police to impose brutal fines (over euro 600,000) for organising or participating in these demonstrations. These administrative fines make it unnecessary to bring the defendant to court and hence deprive her or him of the legitimate right of being assisted by a lawyer or being heard by a judge.

Forty years have passed since people in Spain got their right to strike and demonstrate. Many took these rights for granted. Now it seems we might have been wrong. Today, Spain is re-joining a shameful blacklist of countries where the criminalisation of trade union rights is a reality: Guatemala, Algeria, Belarus, South Korea, Greece, Honduras, and Colombia, among others.

CCOO and UGT have joined civil society in a nation-wide campaign against the attempts to criminalise the right to strike and other trade union activities. The campaign states clearly ‘Striking is not a Crime’, la huelga no es delito, and has an action plan with information, mobilisation, lobbying, and denouncing these policies at national and international level, in order to stop the government’s plan and defending clearly that the right to strike, freedom of association, and union practices cannot be criminalised. Both organisations maintain, in accordance with the fundamental conventions of the International Labour Organisation (‘ILO’), that the right of workers to strike is a human right and that it cannot be denied. Yet, in Spain, as in other countries, the conservative government has used the economic and financial crisis to sanctify the so-called reforms in order to impose a new order and unbalance the equilibrium between workers and employers.

UGT and CCOO have argued that Spain will definitively not get out of the crisis by reducing or criminalising the right to strike, nor by undermining or destroying collective bargaining, nor by downgrading workers’ and trade union rights. But three years into Mr Rajoy’s government it is more than evident that these policies have had a major impact on social inequality in Spain, which is in line with the expectations of the trade unions.

Since the very beginning of the crisis, the government and certain media have driven a hard-hitting campaign against trade unions, questioning their ‘old-fashioned points of view’, their ‘reluctance to modernisation through reforms’ and their voices against austerity. Often seen as the toughest political opposition, anything that had to do with trade unions was declared the enemy. Notwithstanding the fact that the CCOO and UGT managed to conclude an agreement with the Business and Industry Association (‘COE’) on salaries and pensions, demonstrating once again their responsibility through social dialogue, shortly after the government imposed a labour market reform that destroys collective bargaining and blows up the mere notion of social dialogue, a key value in the democratisation process in Spain.

After dismantling social dialogue, which is a factor of progress and after bringing down many of the rights achieved by workers in the last 30 years, the government went after unions’ representative rights. Once that job was done, the full reform package descended upon us: the dismantling of public services and public education, depriving citizens of basic services. These measures have made Spain the second most-unequal country in Europe in record-speed.

The severity of the measures and their catastrophic results (including fear among workers to lose their jobs in a country with nearly 25 percent unemployment) has not stopped the UGT and CCOO to protest and organise several sector-specific and national strikes as well as many demonstrations, most of them in cooperation with several civil organisations, united under the ‘Cumbre Social’ (the ‘Social Summit’), a successful venture where virtually all the sectors and groups of civil society represented in Spain are united. At the same time, the government has pushed towards a tougher police repression of demonstrators, which led to bloodshed and violence and to some terrifying images that made the word news world. This is why Mr Rajoy’s government has felt the necessity of controlling this loose end and wants to criminalise the right to strike and protest. Their legal initiative is the most far-reaching in Europe. CCOO and UGT, and all the left-wing political parties represented in parliament have called for the immediate withdrawal of the draft law, joined by prosecutors, attorneys, and even magistrate’s associations.

Numerous European and international trade unions have expressed their deep concern about the criminalisation of the right to strike in Spain and have written letters to the prime minister, urging him to reconsider. ILO Director General, Guy Ryder, informed Mr Rajoy this summer that a complaint had been filed by UGT and CCOO against the violation of the right to strike. This complaint is currently being examined by the Committee on Freedom of Association.

Born as a method to get better wages, rights, and benefits, the right to strike and demonstrate is a vital tool to resist the growing attacks on working people, welfare, and democracy. Unfortunately this fundamental right is under constant pressure. At the last International Labour Conference in June 2014, the Employer’s Group denied again that the right to strike is part of the ILO Convention 87, ignoring more than fifty years of international jurisprudence. By doing so, the Employers’ group deepens the destabilisation of the ILO supervisory system and which could entail a regression of workers’ rights.

However, it is important to point out that the right to strike is not only contained in Convention 87, but also in the provisions of the ILO Constitution, as well as other subsequent ILO Instruments such as Article 7 of the Voluntary Conciliation and Arbitration Recommendation 92, Article 1 of the Abolition of Forced Labour Convention 105 of 1957, and others.

There is only one worse-case scenario for the battle plan of ultra-liberals behind the Employer’s group: that conservative governments will support their claim. The double attack on trade unions and their Constitutional role (at least in the Spanish case) is questioning fundamental rights by using an economic crisis, which is in essence the result of ultra-liberal policies. The most important thing to remember might be that whenever the right to strike is questioned or criminalised, this does not only lead to breaking the consensus on trade union rights, basic economic and labour relations, or social habits: this is an attack on the fundamentals of democratic structures. Hence the defence of the right to strike becomes an obligation for any citizen believing in democracy.