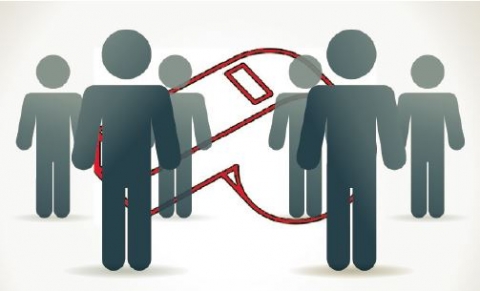 The UN estimates that US$ 1 trillion is paid in bribes per year, while more than twice that amount – US$ 2.6 trillion – is stolen annually through corruption. This in turn corresponds to more than 5 per cent of global GDP. Whistleblowing is a key tool to detect fraud and wrongdoing – whistleblower protection can facilitate workers’ effectiveness of stopping wrongdoing at an early stage through voicing their concern before scandals erupt and stakeholders incur huge damage. A new PSI report addresses this issue.

PSI’s fight against corruption kicked off at its November 2012 World Congress. Since then, PSI’s has aligned its anti-corruption campaign to the fight for global tax justice – focusing on challenging tax havens and secretive deals between governments and multinationals, which lead to billions of dollars in taxes not being paid into state budgets – and the need to protect whistleblowers.  PSI has argued that a key alternative to crushing austerity and cuts in public spending is through a serious effort to fight corruption.

PSI also worked successfully towards the inclusion of a reference to the protection of whistleblowers and the need to fight corruption in the conclusions of several ILO tripartite documents. It was included in June 2016 in the revision of ILO recommendation 71 on the transition from war to peace, in September 2016 in ILO Guidelines on Fair recruitment, and in July 2016 in the ILO response to the refugee crisis. Fighting corruption is also strongly embedded in the 2030 Agenda. Protecting whistleblowers should therefore be part of SDG indicators.

“Corruption undermines the funding of public services, transparency, and the credibility of governments. Corruption leads to less prosperity, fewer jobs, less rights, and we will never win the battle against corruption if we cannot protect the workers who stand up against it! This is why PSI campaigns for a comprehensive and ambitious framework for the protection of whistleblowers – to safeguard their jobs, their security, and their lives. But also to make the fight against corruption a credible and serious commitment. There is an important role here for social partners and the ILO. The ILO Convention on Termination of Employment of 1982 was one of the first international instruments to include whistleblower protection by providing that filing a complaint or participating in proceedings against an employer are not valid reasons for dismissal and by establishing that the burden for proving the reason for dismissal should rest on the employer. In the case of protecting whistleblowers, this reverse burden of proof has been essential. The ILO has a role again in taking that protection further.”

Whistleblower protection is gaining momentum within the trade union movement – in addition to several national initiatives, the European trade unions are leading a campaign backed by EPSU and PSI, see the petition here https://whistleblowerprotection.eu/ :

“The appeal trial of the Luxleaks whistleblowers Antoine Deltour and Raphaël Halet and journalist Edouard Perrin beginning on 11th December in Luxembourg is a cruel reminder that Europe needs to protect whistleblowers not prosecute them. Our trade union petition and the support from the European Parliament mean that the time is ripe for the European Commission and Member States to take the lead in developing legislation that protects whistleblowers from reprisals and to recognise the role of trade unions to support workers who blow the whistle. We believe these actions will snowball into a global movement in support of whistleblowers”.

To commemorate the International Anti-corruption Day, PSI is launching a new report: Checkmate to corruption: Making the case for a wide-ranging initiative on whistleblower protection – which contributes to the debate and provides arguments, evidence, and examples on how a robust protection for whistleblowers with the active support of trade unions is a major – if not the most important – tool to fight corruption. Some of the key findings of the report are: