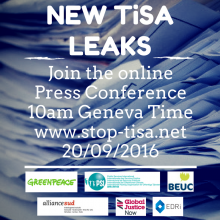 The new leaks confirm fears, outlined in PSI’s recent report TiSA vs The Climate, that the Technical Neutrality clause would inhibit governments from prioritizing clean energy technology, like solar and wind, over dirty fossil fuels. This and other recent leaks include material that points to limits on Governments’ ability to reverse privatization or to regulate the finance industry, despite deregulation playing a central role in the 2008  Global Financial Crisis.

“We now know that TISA will undermine COP21, further deregulate the financial sector, stop failed privatisations being brought back into public hands and undermine data privacy laws. What else are our governments keeping secret from us?”

The 50 countries involved in the negotiation of this little-known trade deal cover 70% of the world’s services sector. In an attempt to avoid public outcry, such as that expressed over CETA and TiSA, the negotiations are being conducted in secrecy in the back-rooms of Geneva and the parties refuse to release the negotiating text.

“Google and Facebook should not determine privacy rights, banks should not regulate banks and having the fossil fuel industry involved in environmental policy is as senseless as the tobacco industry having a say in health policy. Let those decisions be made by the people via the governments they elect,” said Susan Cohen Jehoram, a trade campaigner with Greenpeace.

The Greenpeace analysis of the most recent leaks adds to PSI reports which show that TISA would prohibit failed privatisations being brought back into public hands, and restrict governments from implementing public interest laws to protect workers, consumers, small business and the environment. 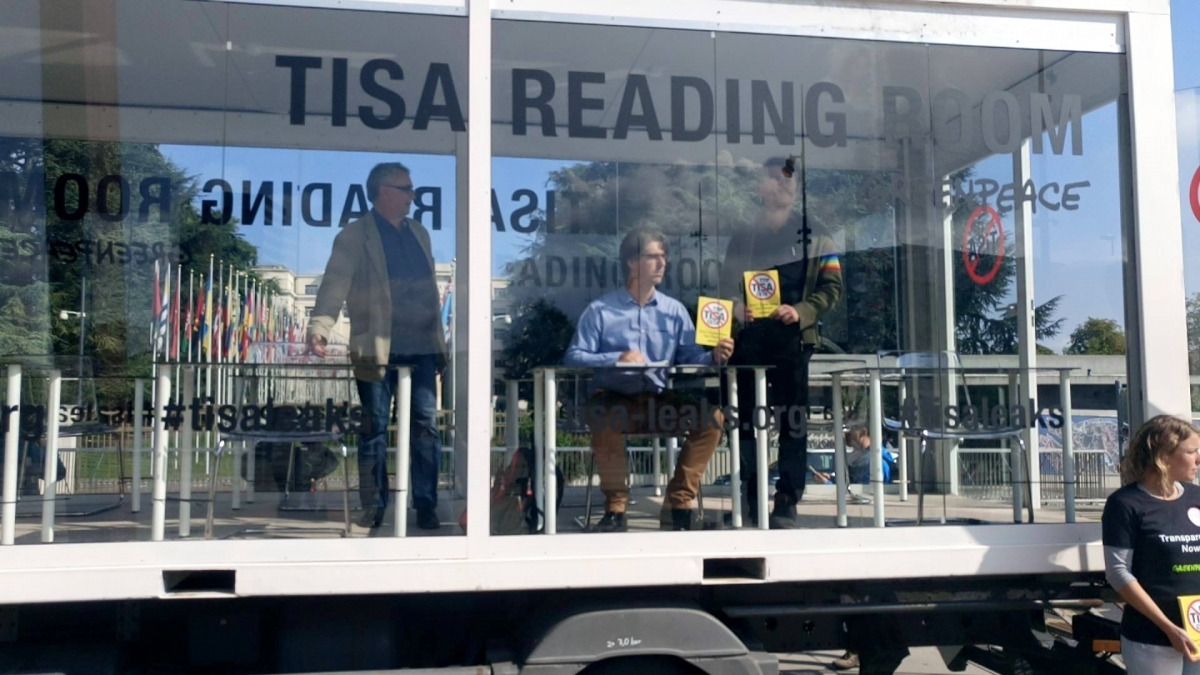 TiSA is fast becoming a mainstream issue thanks to PSI and its allies' work. Over the weekend, over 300,000 people took to the streets of Europe to speak out against regressive trade deals such as TTIP, CETA and TiSA. As a result of such public pressure, European leaders have begun to express doubt about these large trade deals and campaigners are hoping that these further alarming revelations will see TiSA join TTIP in the dodgy-deal-dustbin of history.