8th of March: Transforming the world of work for equal pay 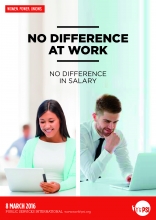 Public Services International (PSI) promotes the work of women trade unionists and stands united with all of our sisters who deliver vital public services. From the 8th of March to Friday the 25th, PSI joins its members around the world in celebrating women and their achievements.

“PSI calls for a real transformation of the world of work and gender relations, equal pay for work of equal value and the recognition of women’s work. We need a political, social and cultural shift based on pro-women and pro-worker policies and trade unions have a key role to play in this process”, says Rosa Pavanelli, PSI General Secretary.

Fighting gender inequity in the labour market requires policies and laws to protect all workers, whether in the informal or the formal economy, and to ensure compliance, instead of impunity, of anti-discrimination and minimum and living wage legislation as well as core labour standards. In addition, gender sensitive policies that take account of the constraints and the discrimination faced by women and of the unpaid care work carried out by women – must be designed and implemented.

“Existing gender and racial discrimination need to be addressed as a matter of urgency, so as to avoid the continued rise of inequality and exclusion. We therefore strongly oppose derogations of the minimum wage and a two-tiered wage structure based solely a worker’s migratory status”, continues the PSI General Secretary.

The pay gap between women and men remains a reality and is the result of the sexual division of labour. It affects women of all ages, classes, cultures, nations and sexual identities, who permanently or temporarily have under-valued roles in society. The social value of work is determined according to the logic of the value chain, which considers productive work in the first place. Today most women are active in the provision of services, both in their private and public lives, in the formal and informal economy and in both urban and rural areas. In many countries, public sector employment reflects the horizontal and vertical segregation of women workers. Productive sectors and occupations in the public services attract higher wages than care services. In addition, a majority of workers in precarious employment are women, across sectors. We need targeted policies to address the pay gap, which otherwise will take decades to be bridged.

The 8th of March campaign also focusses on one of PSI’s sectors, water and sanitation, and equal pay for women working in this sector. Women and girls pay an inordinate price for the lack of safe and accessible water, performing unpaid labour to fetch water and face significant discrimination regarding access to sanitation that in turn has an important impact on their access to education. The human right to water is key to the realization of gender equality and decent work for women, the right to development and the human right to health, which are at the core of sustainable development.

It is through collective bargaining that unions can make a substantive difference to address the pay gap and the value of work by women, including through gender-neutral job evaluation. PSI and its affiliates continue to struggle for trade union rights, the right to collective bargaining and the right to strike for all workers, so that we can achieve the positive transformations needed in the world of work. Through the integration of women in both trade union membership and leadership structures, trade unions lead the way forward to realize the political and economic autonomy of women. Women and men have a joint responsibility to ensure the economic empowerment of women – empowering women empowers societies.

The campaign will last three weeks, from the 8th of March to Friday the 25th of March

PSI’s Communications Department will publish materials on its website, social networks and in the international media, for which we will need your contributions. So please let us know what is happening in your part of the world by sending your report to marcelo.netto@world-psi.org

Please see the full guide of action here: in English, in French and in Spanish. 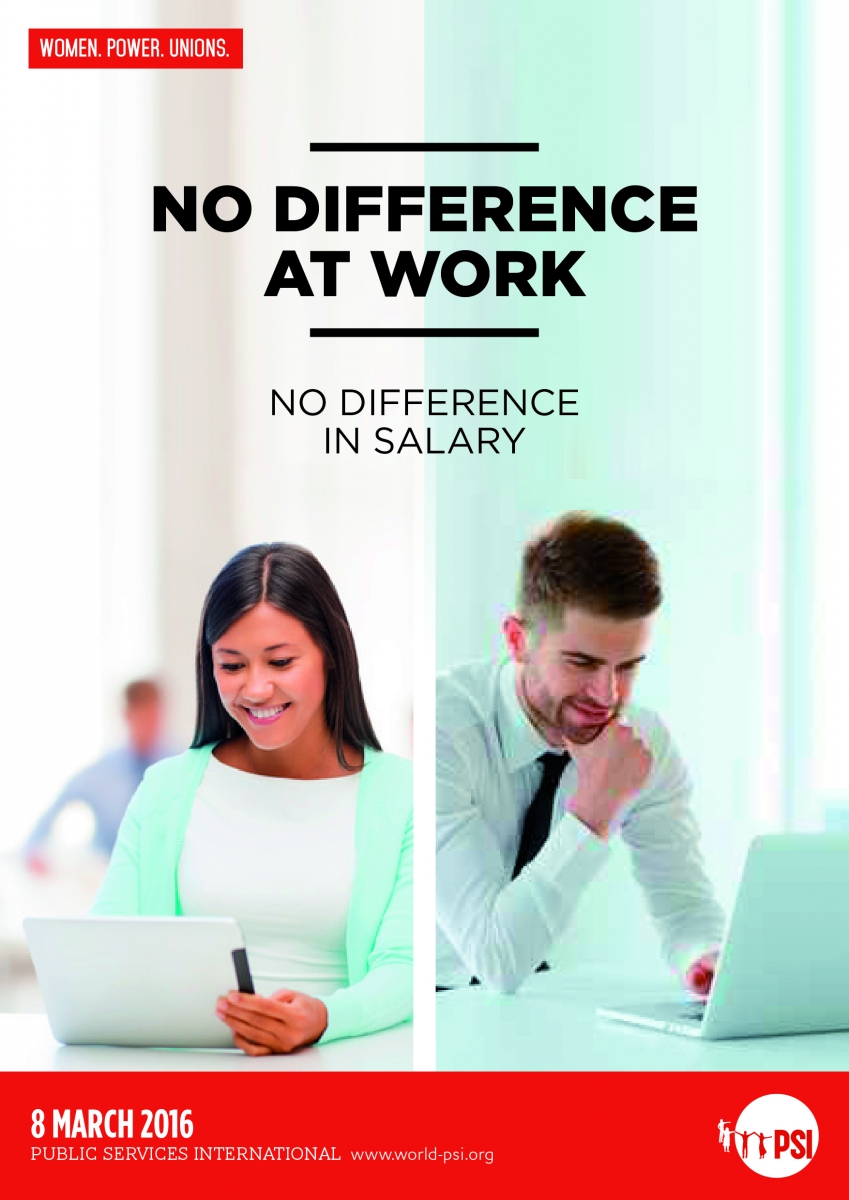 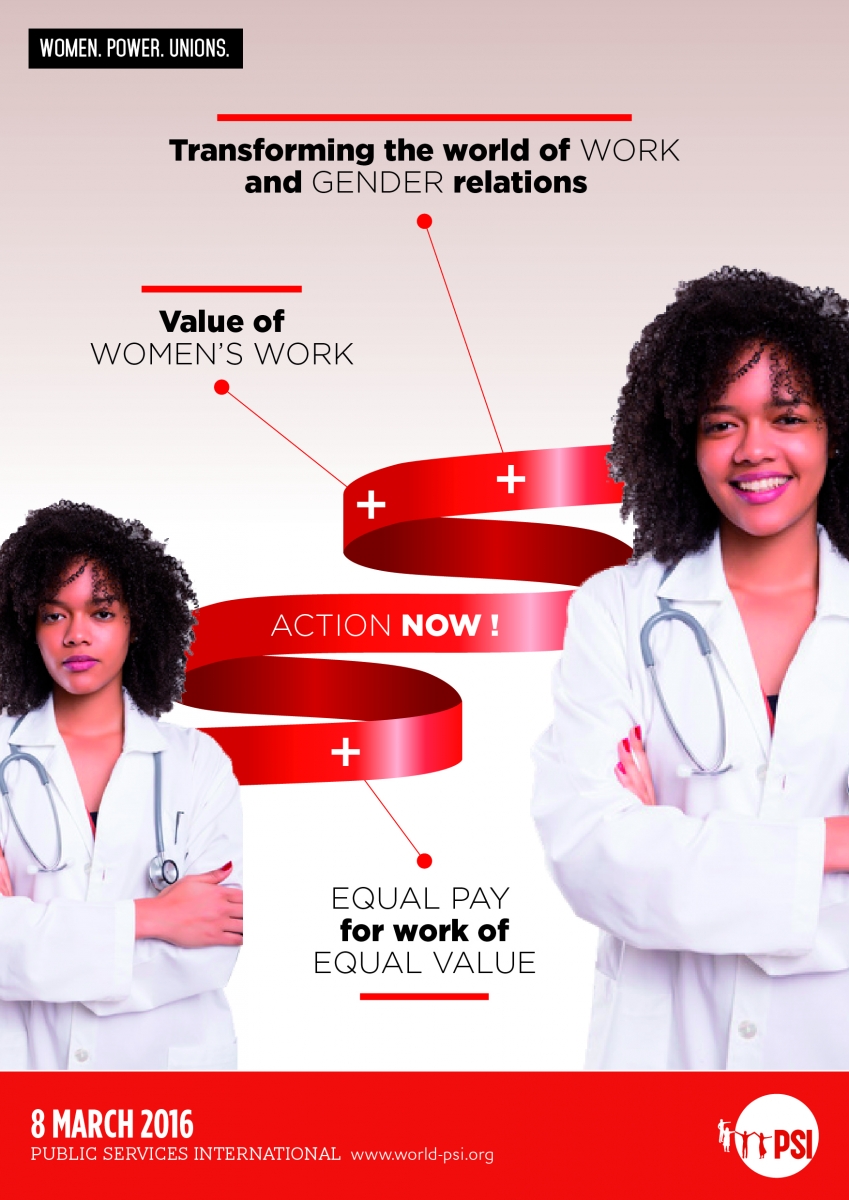 Please download the posters (in English) clicking on the images above. 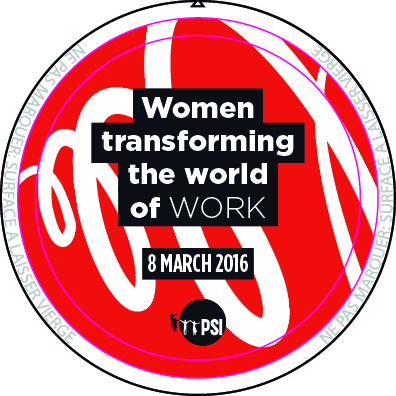 Please download the badge (in English) clicking on it.

PSI and other global trade unions have prepared a joint statement to UNCSW60, arguing that equal pay is essential for the economic empowerment of women

Trade union action on the ratification, implementation and monitoring of ILO Convention 100 on equal remuneration for men and women workers for work of equal value: